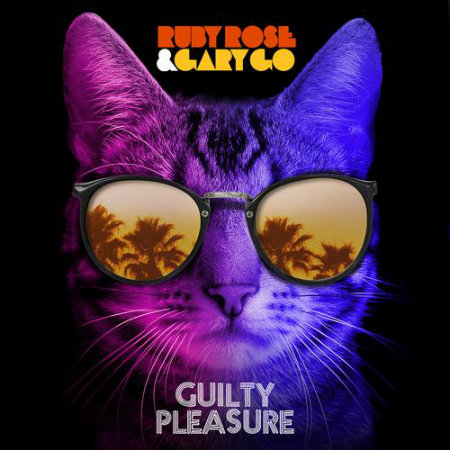 Most of you may know Ruby Rose as the face of MTV Australia and as Foxtel's official host of Sydney's annual gay and lesbian Mardi Gras. But Rose is a multi-talented (and ferociously creative) being who has plenty more on her sleeves than hosting hit television shows and judging emerging talent. In fact, Rose is also an experienced DJ who has been rocking the decks all over Sydney for years.

The moment has now finally come for Rose to unleash some of her original tunes and share those with fans far beyond Aussie borders. Point in case is her brand-new single "Guilty Pleasure" that she collaborated on with British pop crooner Gary Go that is creating heaps amount of buzz in Australia, Europe and North America.

The question arises with so many different things on Rose's plate what it is that she ultimately loves doing the most. "What I love doing most is anything that is about connecting with fans," she explains in an interview on YouTube. "I love doing gigs where I can get to mingle and have fun with people that support what I do. Or when I go and do in-store signings or live TV. Pretty much anything with a live audience where I can vibe off the energy of others."

The unveiling of "Guilty Pleasure" is getting a big boost with the release of an action-packed digital remix EP of the single that includes revamps by Yung Skeeter, Ken Loi, Stuart Chrichton and others. Frequent readers of this blog sure are no stranger to Young Skeeter (formerly known as DJ Skeet Skeet), and if you have seen Katy Perry's "California Dreams" tour you will surely remember him as Katy's house DJ who warmed up the crowd before the pop star's show.

Yung Skeeter is an incredibly talented DJ, producer and curator of cool who has a fine sense for what's new, now and next in music. He's also a driving force behind many of LA's emerging new acts, including DWNTWN, one of our favorite new alt-pop outfits. On his remix of "Guilty Pleasure," Yung Skeeter neatly shows off his understanding of pop and love for dance music. He doesn't stray too far from the original and keeps the track's poppy moments intact while injecting it with a proper dose of dancefloor energy to create a mighty new dance-pop romp. Very nicely done. (Grab Ruby Rose & Gary Go "Guilty Pleasure" on Beatport.com via Island Records Australia now.)