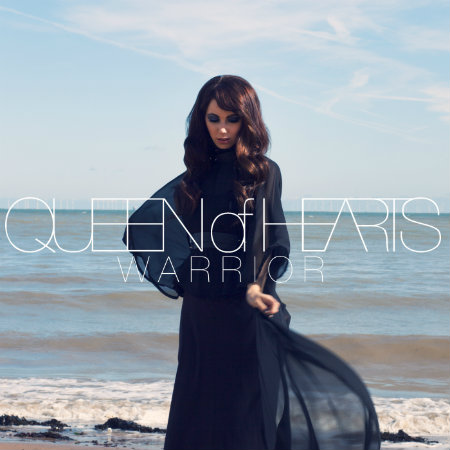 Queen of Hearts stands up for love, raises a white flag and flashes a peace sign on her fantastic new single "Warrior" that premieres exclusively on ArjanWrites.com today. The much-anticipated new single is the follow up to the double A-side release of "Neon/Tears In The Rain" that she collaborated on with Sound of Arrows' Stefan Storms.

Produced by Diamond Cut, "Warrior" continues on the musical high where Queen of Hearts left off earlier this year. It's a sleek and stylish pop gem filled with glowing strings, shimmering synths and tribal percussion that paint the perfect backdrop for the singer's enchanting vocals. The forthcoming release of "Warrior" kicks off an exciting time for Queen of Hearts who will be coming to the U.S. to perform two shows. Tonight, she will gig at DC9 in Washington DC and on October 16, she will be in New York to play Santos Party House. "Warrior" will be released on December 2.