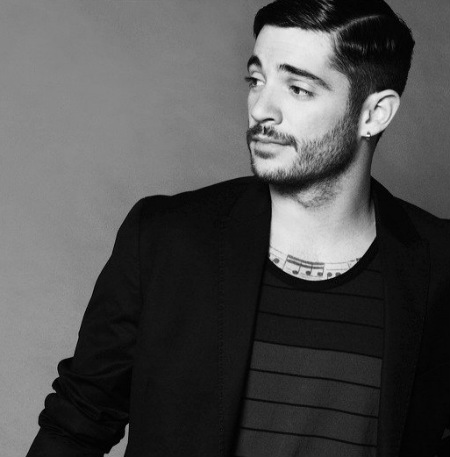 Emerging pop crooner Jon Bellion signals a mayday and pours his heart out on his new single "Paper Planes" that he unveiled on YouTube earlier today. It is one of those rare, touching ballads that has the ability to instantly pull you in and make you feel every single emotional nuance of the song from your toes up. The combination of Bellion's transparently raw lyrics, stirring melody, pitch-perfect falsetto and the song's gently-layered, shimmering production stylings all help to achieve the song's powerful impact.

Lyrically, Bellion use the metaphor of a paper plane to describe a relationship that started out strong but quickly dwindled when turbulence hit. He flawlessly bounces between hope and heartache with lyrics like, "We booked two tickets out of paradise. One last flight trying to make it right," he aches. "But then the rain came. We started to fall right out of the sky without a warning call. Love came like a hurricane and we were just a paper plane."

"Paper Planes" (which is not a remake of the M.I.A. hit as some of you may expect) takes a brief left-turn with a rappy spoken bit half-way through the song that provides listeners with a few more clues about what may have happened to cause all this hardship. "It's funny how things work. Relationships nose dive when one's career takes of," the Long Island, NY singer explains, indicating that the hurt he feels didn't happen all that long ago.

Especially pretty is the moment around the 0:40 second mark when Bellion first breaks out into his falsetto and elevates the song to a new level. His vocals are wrapped in an Imogen Heap-esque production that I'm sure Guy Sigsworth would love to get his hands on.

It's a very accomplished new track by Jon Bellion, a very talented singer, writer and producer who demonstrates with this song that he has a knack for capturing big emotions and conveying them in a way that people everywhere can relate to. "Paper Planes" is taken from Bellion's forthcoming new mixtape project, titled "Translations Through Speakers," that is scheduled to be released in the next few months. Bellion is still unsigned. Make sure to follow him on Twitter for updates.