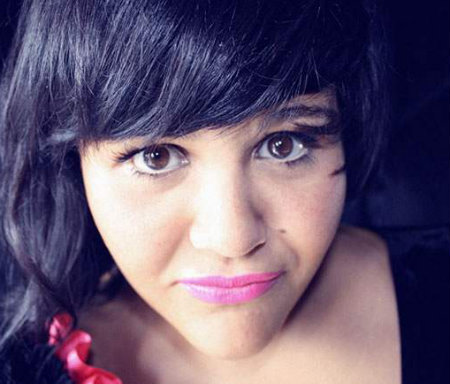 After anonymously teasing us with a few deliciously poppy tunes earlier this year, the sassy kitten is now finally out of the bag. Bossy Love is the artist moniker of none other than singer Amandah Wilkinson who is of course the lead singer of Aussie pop sensation Operator Please. While the group is on an extended hiatus, Wilkinson has been working on solo material and is currently putting the final touches on Bossy Love's debut EP that is shaping up to a very, very exciting pop release.

This week, Amandah unveiled a new track from that EP that once again underlines her love for everything '80s and '90s. Ruled by saucy synths, Linn-styled drums and her candy-coating vocals, "Me + You" is a massive synth pop gem that lyrically taps into a personal experience that is still fresh on her mind. "I guess this is pretty much raw emotion really," the Australian singer writes me in an email, adding that the sound on the track is a subtle nod to her love for the Eurythmics and "anything sparkly synths."

Gifted, inspired and brimming with enthusiasm, Amandah has not only been working on her own solo material but she has also been writing for others people, including tracks for The Slips and Tonight Only. The singer is off to Holland next week to work on more new music and prep the release of her EP. The singer explains that the more new things she does, the more she's inspired. "I guess it's just out of things I've been doing and making art really," she writes me. "It's been like a massive art project." Well-spoken and it's just the type of pop art we can believe in. (Make sure to grab Bossy Love featuring Kween "Fight This Off" on iTunes now.) 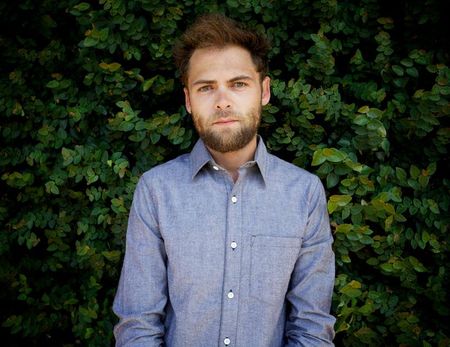 More often than not a good pop song can take time to catch on. Particularly pop newcomers have to make additional efforts to break-through the clutter with their music and build an audience for their music. Playing a lot of shows and getting busy on social media are just a few of the ways to build a strong, influential fan base that will ultimately give new artists a shot at radio play and mainstream success. Artists like Gotye and Ellie Goulding are two recent examples of artists who cracked the code, and managed to come from left-field and break in North America.

Passenger is another exciting artist who produces music that is slightly left-field but has the potential to charm a lot of pop fans. Passenger is the brainchild of British singer/songwriter Mike Rosenberg who infuses his guitar-driven pop balladry with a dose of real-life storytelling that is wrapped in his one-of-a-kind vocal delivery that is instantly recognizable. Listen for example to his new single "Let Her Go" that is taken from his new album, "All The Little Lights." (Frequent readers of ArjanWrites.com may remember that we first covered Passenger almost five years ago when they released their debut single "Do What You Like.)

Like any timeless pop, what makes Passenger's music ultimately so compelling is that it's written straight from the heart. After recently opening for Ed Sheeran in Los Angeles, Rosenberg spoke in-depth about his songwriting process (that is echoed by many other great pop writers). "I think what makes a good song sometimes is if you take a personal experience and make it for everyone," he says in an interview. "Put it in a song in a way that everybody can relate to it, and they can put their own personal experience to it, you know?"

He adds, It’s a fine line between being too self-absorbed about your own situation without kind of considering your audience. I think if you can tread that line of saying something about what you can choose and also offering it to other people to kind of sort their own past experiences. I think that could make for a really powerful song."

Check out Passenger's video for new single "Let Her Go" that is racking up interest on YouTube and already has garnered over half-million views. You can download the song on iTunes here.

An Amy Winehouse Play Will Premiere In January

Adam Lambert Is A "Glampire'

Meet the New Ms. Bradshaw in 'The Carrie Diaries' 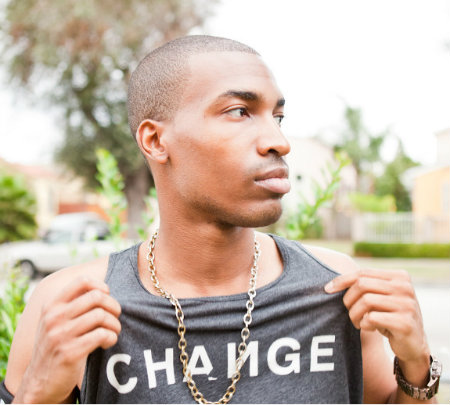 Case in point is the brand-new "Big Big World" by Swedish producers Andalo & Blücker that features newcomer Jarell Perry. It's a massive, radio-ready dance-pop stomper that is too irresistible to be denied with its soaring synths, progressive house groove and jagged guitar riffs (yes!) that is topped off by Perry's gently soulful vocals that add a sweet melancholia to the overall production.

Andalo & Blücker is a fresh new production and artist duo that consists of Anders Nyman (formerly part of Guru Josh Project with the global smash "Infinity 2008") teaming up with up and coming soundboard wiz Otto Blücker. Dance aficionados may remember Blücker from his debut outing "Size 10" that was included on the "March To A Uniform Beat Vol.01" compilation.

"Big Big World" is not only an impressive debut track by two mightily talented Swedes, it also neatly showcases the talent of Orange County, CA newcomer Jarell Perry who recently collaborated with Rusko, and wrote for Fat Joe and Chris Brown ("Another Round"). In a recent spotlight article by ASCAP On The Come Up, Perry talks about his first introduction to the music scene. "When I was around 15 years old, I recorded and toured with my church's gospel choir as a featured vocalist," he explains. "That was my first time being in the studio, seeing an album come together. That's when I knew I wanted to do this for a living."

Perry is currently putting the final touches on his debut LP "Simple Things" that is scheduled to be released in December. His collaboration with Andalo & Blücker on "Big Big World" is available now on iTunes in North America. Listen to "Big Big World" remixes right here.

Ellie Goulding's U.S. breakthrough single "Lights" has been remixed and covered by many, but Wanderhouse's brand-new take on the hit song is without a doubt one of the finest covers I've heard so far. To the uninitiated, Wanderhouse is the teaming of Portland singer Marie Moreshead and Los Angeles producer Dr Rosen Rosen who first hit the scene with their Hype Machine smash "Use Me Up" earlier this year.

While maintaining the atmospheric qualities of the original, Wanderhouse completely reinvents "Lights" and gives it a unique spin of their own. The duo masterfully removes the song's sparkly dance-pop veneer in order to capture its raw, melodic essence that is amplified by Moreshead's mesmerizing delivery and Rosen Rosen's finely-tuned arrangement. It's a phenomenal cover that not only reminds us of the brilliance of Goulding's timeless tune but also spotlights the talent, potential and exciting new sound of Wanderhouse. Higly recommended.