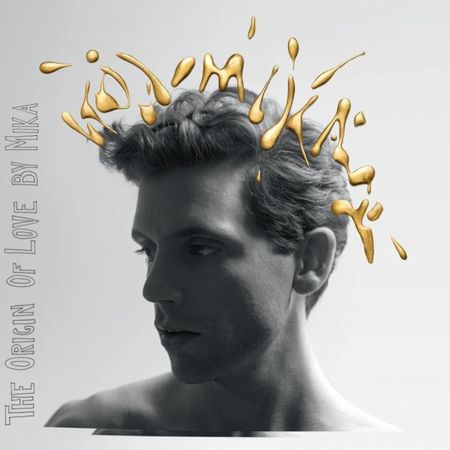 There's a whole lot more to Mika than the exuberant and brightly-colored hyper pop that marked his debut album that exploded on the scene back in 2007. His much-anticipated new album "The Origin Of Love" is solid proof of that. Delivering both style and substance, Mika ventures into adventurous new sonic territory that pushes his sound into an exciting new direction while managing to incorporate the joyful qualities that is so quintessential Mika. The combination of Mika's accomplished soundboard experimentations, finely-tuned pop melodies and his candid, relatable storytelling make "The Origin Of Love" without a doubt of one of the best pop albums of 2012.

Instead of going down a familiar path following his previous two records, Mika decided to switch things up and collaborate with a new group of writers and producers to help trigger new inspirations and artistic insights. The result of his teaming with people like Nick Littlemore, Greg Wells and Jodi Marr is a sound that Mika fittingly describes as "classy pop" with a "lightness of touch" to it. It's a perfect description for his refreshing new pop sound that is clearly a reflection of his personal harmony and rejuvenated state of mind that lingers throughout the album.

The album kicks off with its enchanting title track that neatly introduces that LP's sound and sets the tone for entire record. Ruled by a wonderfully glowing chorus, "The Origin Of Love" is a timeless pop song and a powerful declaration of love. "From the air I breathe to the love I need. You're the origin of love," Mika cheers.

"The Origin Of Love" is followed the playful "Lola" that captures a soulful vibe with its warming retro undertones that get a contemporary twist with some sparkling synths in the chorus. Mika turns up the dancefloor energy with "Stardust," a magnificent pop potion he concocted with Wayne Hector, Benny Benassi and producer Greg Wells. The song is an irresistible piece of euphoria that has Mika freely spreading his happy confetti all over with lyrics like, "I can put a little stardust in your eyes, put a little sunshine in your life, I wanna know, will I see you again."

"Stardust" gently segues into "Make You Happy" that was one of the first songs that introduced Mika's new project. Masterfully produced by Nick Littlemore, the song is packed with savvy vocal effects to create a gently textured backdrop for Mika's emo-laden lyrics. The singer wears his heart on his sleeve, crying out, "undervalued I can be far from the truth" and "can't you see the the love around you, you're crazy not to take it."

Mike continues to explore love on the emotive piano ballad "Underwater" that paints a poetic metaphor about love being the ultimate saviour. "I know you're amazing because all I need is the love you breathe," Mika sings. "Put your lips on me and I can live underwater."

The singer pushes his artistic boundaries on the rave-pop romp "Overrated" that was co-written by Jodi Marr and co-produced by Klas Ahlund (Robyn). It's a wildly unique brew with a bubbling bass, saucy synths and Mika's soaring, glam-rock vocals that takes his cheerful brand of pop into a whole new dancefloor direction that fits him well. More highlights follow including the feel-good "Love You When I'm Drunk" and the happy-go-lucky "Popular Song" that is a rap/sing collaboration with Priscilla Renea.

"Popular Song" is another track that demonstrates that Mika wasn't hesitant to try something new, stretching his vocals while telling a story about the importance of understanding who you are and where you came from. "I know about popular," Mika sings. "It’s not about who you are or your fancy car. You're only ever who you were.""The Origin Of Love" also includes "Emily" that is the English language version of "Elle Me Dit" that was released as a single in Europe last summer.

The album concludes on a fitting highnote with Mika's current hit single, "Celebrate" that he crafted with Pharrell Williams. The style and meaning of the song perfectly sum up Mika's intent with "The Origin Of Love." It's a hopeful record about the joy of love that also celebrates Mika's effort to challenge himself creatively. Despite the album's left-field leanings, Mika never strays too far from the essence of his distinct brand of pop that make him one of the most inspiring people in pop today. Five out of five stars. (Click here to download Mika "The Origin Of Love" on iTunes.)