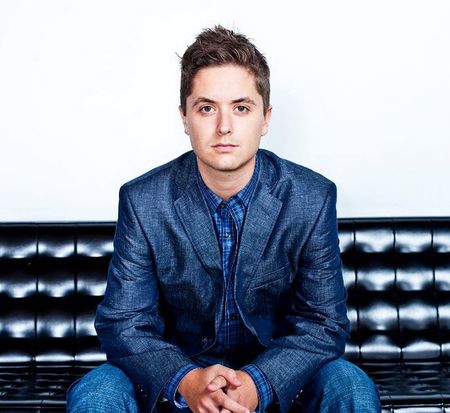 While we're rooting for Collin McLoughlin to go all the way on the current season of NBC The Voice, Pip Andrew, one of our favorite contestants from season two, continues to make waves after his stint on the hit show. He was one of the very few singers on the season who managed to get all chairs turned with his incredibly soulful rendition of The Animals' "House Of The Rising Sun" during the blind auditions. Adam Levine, Christina Aguilera, Cee Lo Green and Blake Shelton all battled to get Pip on their team, and the young Georgia singer ended up selecting Levine as his coach.

With millions of people watching the show, Pip garned a lot of new fans which encouraged him to pursue a career in music and work on new tunes in LA. He collaborated with Luis Dubuc (Mystery Skulls, The Secret Handshake) and Noah Shain (Cody Simpson, Skrillex, Orson) on his new single, titled "Who Cares," a saucy synth-pop shakes featuring Pip's groovy pop vocals that shows he still "got his cool."

"The record is us giving a fresh pop twist to old school funk along with some soulful vocals," the young crooner writes me in an email. The release of his "Who Cares" comes along with a very crafty, clever and fun lyric video that was directed by Nanea Miyata, and stars dancers Casey Schlosser and Angie Hobin (Download Pip 'Who Cares" on iTunes.)