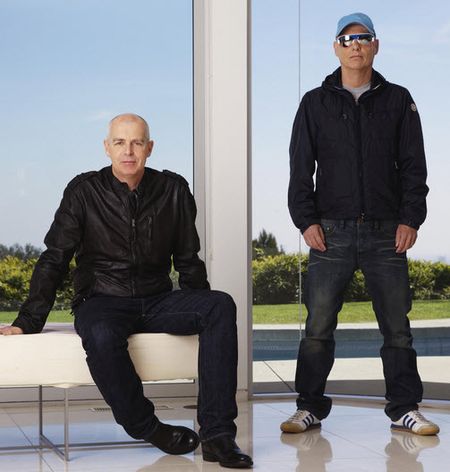 While the world's best athletes are battling for honor and Olympic gold in London, Pet Shop Boys reminds us on their new single "Winner" that the "love and laughter" of competition is what truly matters regardless of who takes the top spot at the medal podium. "Let's enjoy it all while it lasts," Tennant poignantly notes at the end of the song. So whether it's the London Olympics or the game of life, everyone's a winner no matter who you are or where you come from. "See the the world through new eyes every day. You're a winner. I'm a winner," Tennant concludes.

On August 6, Parlophone will formally release "Winner," the first single taken from Pet Shop Boys' forthcoming new album "Elysium" which will be released on September 10 in the U.K. Fans in the U.S. can download the single on August 7 and album on September 11 via Astralwerks. The four-track single EP will also include bonus tracks "A Certain 'Je ne sais quoi'," "The Way Through The Woods (Long Version)" and "I Started A Joke" (a cover of Bee Gees' original).

A select number of remixes will be serviced to DJs and clubs as well including a blazing new remake by Wideboys (aka Jim Sullivan & Eddie Craig) that you can listen to for the first time here on ArjanWrites.com.

Without straying too far from the original, Sullivan and Craig fully embrace the joyful quality of "Winner" and amplify that sentiment with their very accomplished reinterpretation of the song. The remix starts out on a high with big beat percussion that splashes around the 1 minute mark into a euphoric, arpeggiated chord riff to kick off the first verse. Gently turning up the energy, Wideboys then apply sweeping synth chords and incorporate a mighty drop before exploding into the song's triumphant chorus. Highly recommended. (Click here to pre-order Pet Shop Boys "Winner.")