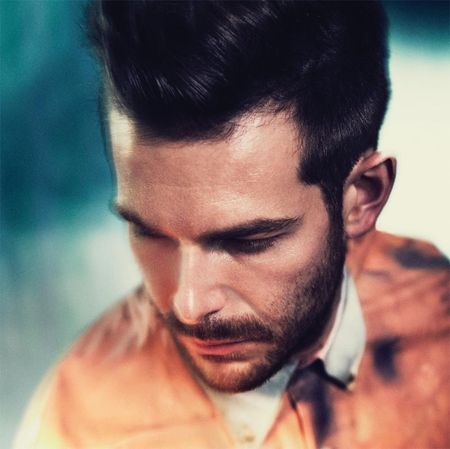 There's something about Bright Light Bright Light's music that is intensely moving and hits me right at the core. He skillfully taps into a bittersweet sentiment and melancholy that grabs you firmly by the heart and lifts you up to a brighter place. His new single "Feel It" is a fantastic example of that. Featuring the powerful diva vocals of Mykal Kilgore, the song beautifully captures what Bright Light Bright Light's hopeful brand of pop is all about. "Feel It" is taken from his debut LP, the aptly-titled "Make Me Believe In Hope."

The freshly-released single edit of "Feel It" kicks off with a brief acapella that neatly morphs into an energizing '90s styled club groove that fuels the song's uplifting message about finding love in a hopeless place. Bright Light Bright Light (aka Rod Thomas) reaches out and sings, "You're the light and I want to see it, you're the heat and I want to feel it" before the song gently soars into its gorgeous sunbust chorus that is filled with optimism. "When the world falls apart, you're the reason there's still hope," Thomas concludes. It's pop of the finest kind.

Listen to Robyn 'Who's That Girl' Rex The Dog Remix 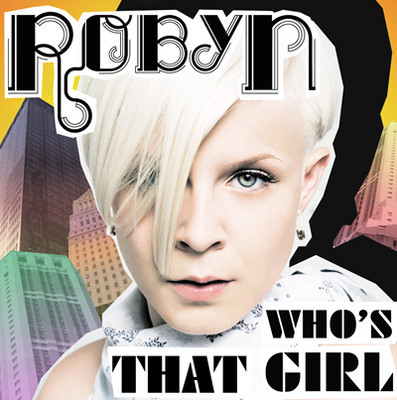 While we're eagerly and anxiously are awaiting new material from Robyn, the Swedish pop singer sure hasn't forgotten about her fans. This morning, she uploaded a fine little remake of "Who's That Girl" by British producer Rex The Dog that helps to satisfy some of our cravings for a little while longer. Rex The Dog (aka Jake Williams) dipped Robyn's splendid original into a bath of '80s goodness, and incorporated a vintage drum machine, a bubbling new bassline and quirky synth riffs to put a terrific new twist on the song. Interestingly, this 2008 revamp of the song reminds me stylistically of an extended version of Madonna's hit by the same name that was pressed on a 12" DJ vinyl of the single that I purchased years ago and still cherish to this day. Thank you for reminding us Robyn. This is simply fantastic. 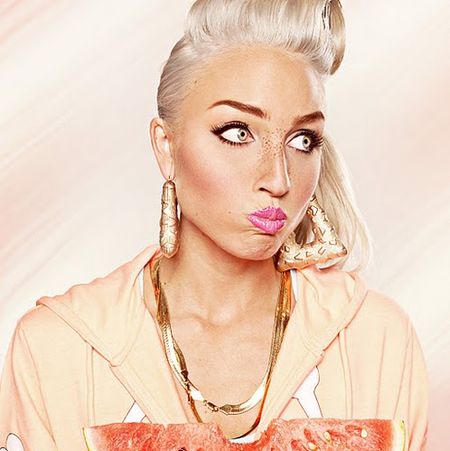 Behind The Scenes of My Name Is Kay Music Video

Jennifer Lopez Is A Star In Stripes, Heading To Her Miami Hotel

Check Out A Sneak Peak Of 'Glee' Season Four: VIDEO

'Once Upon a Time In Sicily' By Giampaolo Sgura 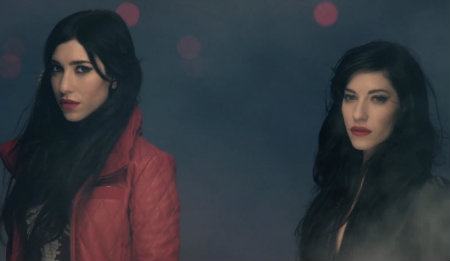 In the brand-new video for their much-anticipated new single "Lolita," The Veronicas tightly strap on their pop armour to fight off an alien attack with a hefty dose of melody that shows us exactly who is in control. Lisa and Jess Origliasso explain in a press release that the fantastical and gritty story line of the 'Lolita' video is a very deliberate metaphor for the song's lyrics about the power struggle between women and men.

"We wanted to explore the psychology behind the Lolita theme of a younger woman with an older man," Jess explains. "People always assume that the guy is the predator and that the young girl is being taken advantage of but that’s not necessarily the case."

It's a grown up, girl power theme that demonstrates that two Aussie sisters have matured and artistically have evolved in the last few years after celebrating global success with their album, "Hook Me Up." "Being a few years older, we're definitely feeling our way into new territory,” Jess says. "There were adult themes on 'Hook me Up,' but people didn’t necessarily perceive us as adults. And I don’t think we were even ready to be perceived as adults. But now it feels good to get everyone up to speed on where we are."

Both musically and lyrically, 'Loleta' demonstrates how Lisa and Jess have come into their as pop artists. With a sound that is dark, moodier yet decidedly pop, the girls are not backing away from opening up a little while toying with new sonic textures. "Lolita’ came from us not trying to write as we had done in the past, which was about asking ourselves, ‘What are we going through right now in life?’” Jess explains. “It was more about, ‘What are we being turned on by in the world?’

She adds, "Over the past several years, we’ve become influenced by so many different things, whether it be films or the psychology behind events we’ve dealt with in our personal lives or our industry. It was very freeing to not have to write something as literal as our past singles. We’re very proud of those songs, we just wanted to try another approach." ("Lolita" is taken from The Veronicas' new album "Life On Mars" that will be released later this year.) 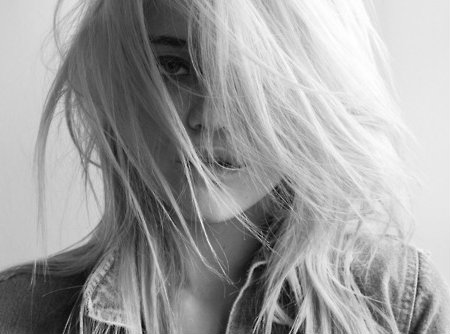 When Sky Ferreira released her debut EP back in 2011, the singer was happy with the effort but she didn't feel it truly represented what she was all about as an artist. She decided to pull back and take more time to develop her sonic point of view and work with a bunch of different writers to help her find her voice. Sometimes you just need a different soundboard and an alternate palette to properly draw up what you want to convey.

After previously working with people like Greg Kurstin and Neon Hitch, Ferreira expanded her team of people to look for different connections and inspirations. She started to collaborate with people such as Jon Brion (Fiona Apple, Aimee Mann), Cass McCombs, Blake Mills (Band of Horses), Shirley Manson (Garbage) and Ariel Rechtshaid (Usher, Charli XCX) to create a clearly identifiable sound the was still very pop, but a bit more left of center. In other words, Ferreira set out to craft a pop alternative sound that was commercially viable yet still cool and credible.

Judging from her new material that she has shared with fans, Ferreira is far exceeding expectations. First she delivered the mightily infectious "Red Lips" and today she unveiled the brand-new "Everything Is Embarrassing" that she wrote and which was produced by Dev Hynes and Ariel Rechtshaid. It's a vintage-styled, '80s edged tune that innovatively combines a splashy backbeat and dreamy synths with Sky's sweet yet moody vocals that tell a personal story about trying to make love work. It's a triumphant, uncompromising effort that shows that Ferreira was right to wait a while to properly develop a sound that is distinctly hers.

Ferreira told Complex magazine recently that her new music "sums up everything I like in music." "A lot of it is very personal, which a lot of my music hasn’t been before," she said. "It was always like a statement or something and now it’s actually about myself. It makes me a bit vulnerable, but it's fine. It’s a good thing. I just want people to kind of understand me on the level of who I truly am." (The track may be included on her new EP, entitled "Ghost," that will be released on October 2 through Capitol/EMI.)