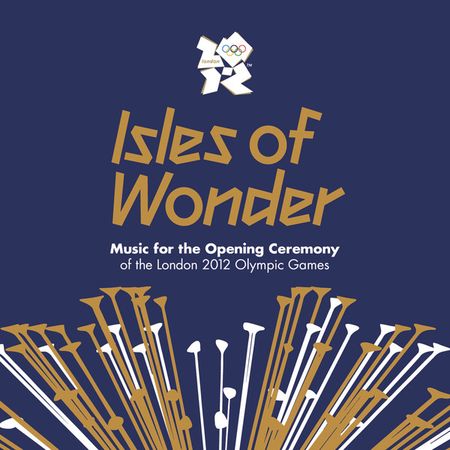 London's ambitious Olympic Opening Ceremony was not only a celebration of British heritage and global sportsmanship, it was also a fitting tribute to some of the finest pop music Britain has produced in recent decades. Danny Boyle, artistic director of the London 2012 Olympic Games Opening Ceremony, designed the "Isles of Wonder" celebration as a true live and interactive movie experience. He worked with Underworld, the ceremony's musical directors, to carefully select and compose songs to go along with the show's stunning visuals to bring the spectacle fully to live.

The ceremony included a slew of British pop classics, ranging from The Prodigy's "Firestarter" to Tinie Tempah's "Pass Out," and from Sugababes "Push The Button" to Dizzee Rascal's "Bonkers," and from High Contrast's "Moon Watcher" to an instrumental version of Emeli Sande's "Heaven" at the conclusion of the "digital pop culture" sequence. The Parade of Nations that followed featured even more pop classics, including Pet Shop Boys' "West End Girls," Bee Gees' "Stayin Alive" and David Bowie's "Heroes" that boomed through the stadium upon arrival of the British athletes.

The ceremony also featured some brand-new original music that provided the overall soundtrack to the ceremony. Released on Decca Records and titled "Isles of Wonder - Music For The Opening Ceremony of the London 2012 Olympic Games," the event's music was made available on iTunes, Rdio and Spotify hours after conclusion of the ceremony. The release includes the instrumental score as performed by the London Symphony Orchestra and the Four Nations Choir, plus Arctic Monkeys' cover of "Come Together," Emeli Sande's "Abide With Me," Wretch 32;s "Traktor," Pet Shop Boys' "West Ende Girls" and many others. Underworld also composed new tracks, "And I Will Kiss" and "Caliban’s Dream."

Sande performed "Abide With Me" (lyrics by Henry Francis Lyte, music by William Henry Monk) just moments before the Parade of Nations as a tribute to victims of war and the 2005 London bombings. In anticipation of her performance at the global event (which was a very closely-guarded secret), Sande also sang "Abide With Me" at the Capitol Records studios in Los Angeles in one take with one camera that was released yesterday. It's another beautiful rendition of the song that reminds us once again what an incredible talent Sande is.