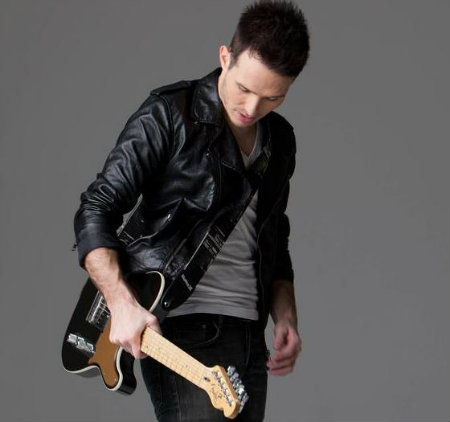 After rocking the scene as the frontman of Chicago pop-rock outfit The White Tie Affair, Chris Wallace has taken matters into his own hands and started work on an exciting solo project that is packed with pop. Check out a totally-guilt free MP3 of Wallace's debut single "Remember When (Push Rewind)" that will give you a good taste for his emerging brand of pop. The song has hit, hit, hit written all over with that irresistibly catchy "push, push, push" pre-chorus that is followed by a radio-ready chorus that packs a massive punch.

As Chris embarks on his solo career, he explains in a press release that he has a few guidelines for his new music. "The songs I write and release now all have to have three things that make up my ‘musical DNA," he explains. "They all have to be honest – I have to feel them. Second, they have to have a melody that moves me and third, they need to hit hard!" This new "Remember When (Push Rewind)" sure goes full-throttle on all of these criteria.

Like any good pop song, the inspiration for "Remember When" comes from a very truthful place. "I was dating this girl when I was in my band who I really thought was the one," Wallace explains. "But as my musical career started taking off, it became clear that we were in different places and we eventually broke up. 'Remember When' talks about that time when all you really want to do is go back, push rewind, and start all over again."