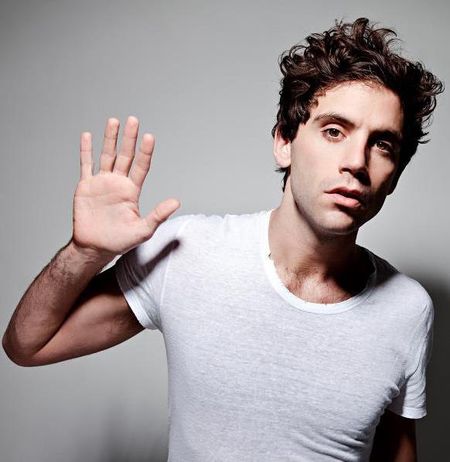 After he returned to the spotlight last year with his vibrant French-language single "Elle Me Dit," Mika has continued to work diligently on his highly-anticipated new LP with a small group of A-class writers and producers, including Nick Littlemore of Empire of the Sun and Martin Solveig.

This week, he unveiled an exciting new tune from that forthcoming effort that gives pop fans a taste for what's to come with the release of a stylish video for new song "Make You Happy." Mika notes in the video commentary that this new song is an indication of the sonic direction of his new album. "This is where the entire album started taking shape a year ago with Nick Littlemore at Planet Studios in Papineau," he writes.

When people think of Mika, most often the brightly-colored hyper-pop that marked his debut album comes to mind. But there's a deeper and much more reflective side to the pop singer that he has not fully explored yet artistically. As indicated by "Make You Happy," Mika has ventured out into exciting new sonic territory that has rejuvenated his songwriting mojo and sparked a new point of view. Artists often tell me that working with new producers or experimenting with new sounds often helps trigger new inspirations and ways to tell their stories, and that may have been exactly the process Mika has gone through while recording this album.

With that in mind, have a close listen to "Make You Happy" to be properly introduced to Mika's new project. Masterfully produced by the brilliant Nick Littlemore, the song is packed with gentle soundboard and vocal effects to create a finely-tuned, textured backdrop for Mika's emo-laden lyrics. The singer wears his heart on his sleeve, crying out, "undervalued I can be far from the truth" and "can't you see the the love around you, you're crazy not to take it."

The song's electro-edged, downbeat arrangement nealty builds to a mildly frenzied climax around the 2:34 minute mark with jagged synths and Mika's signature falsetto to add an emotional punch to his poignant lyrics. "Make You Happy" is a fantastic new track that takes Mika's thoughtful brand pop to a whole new level of intrigue. Highly recommended.