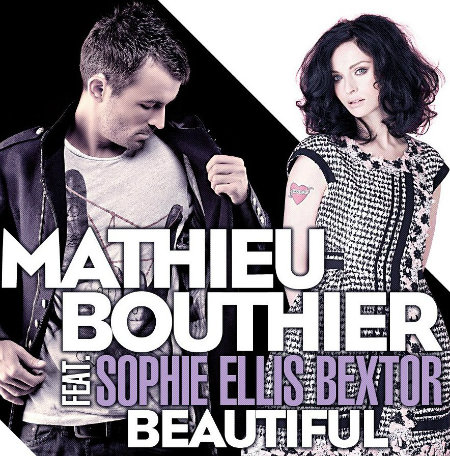 Sophie Ellix Bextor makes her much-anticipated return to the international pop scene this summer with "Beautiful," a massively potent collaboration with French DJ/producer Mathieu Bouthier. Bextor adds a whole lotta class and a proper dose of sass to Bouthier's larger-than-life dance-pop number that is sure to fire up dancefloors across Europe this season. "Beautiful" will be released in France on July 16 through Serial Records/Universal France with international distribution following in the weeks after.

Mathieu Bouthier first hit the French scene in 2006 when he released his official debut single "Need U" that was a break out hit for the young DJ in France. In the years following, he developed a reputation from Paris to Perpignan, and from Nantes to Nice for being one of France's most prominent club DJs with successful residencies all over the country. One of his most successful DJ ventures to date was the launch of his own club night, aptly-called "The French Do It Better Party," that he periodically hosted at Paris' swanky Queen nightclub right on the Champs-Elysees.

In more recent years, Bouthier served up a string of dance hits in France including "Together In Electric Dreams," "New York City" and "Before U Go." In addition to spinning alongside people like Martin Solveig, Laidback Luke and Joachim Garraud, he also was featured as radio DJ on tastemaking French radio station FUN.

Bouthier now has his sights set on crossing over into the international pop charts far beyond French borders. After hearing her smash collaborations with people like Bob Sinclair, Freemasons and Armin van Buuren, he asked Ellis-Bextor to take on the vocal duties on "Beautiful" to top off his mind-altering beats and smoldering synths. Always sleek and stylish, Sophie Ellis-Bextor adds a high-carat, euphoric vocal presence to the track that results in a peppy blend of Paris chic with London cool. Look for the full version on iTunes soon with a full remix package later this summer. Azealia Banks Is A Bad Kitty In New Track “Nathan”

I Heart Radio Throws A Pool Party in Miami

Lupe Fiasco Releases A Trippy New Video For ‘Around My Way’

Movies: "Magic Mike"... More Than We Dreamed He Could Be

Why Olympian Nick Symmonds Is Gold on Social Media

The Scientific Cures For Hangovers 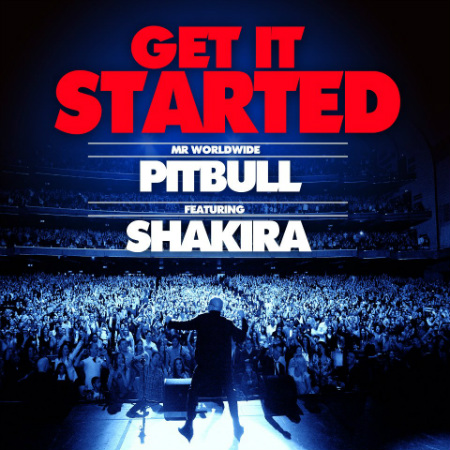 Riding high on the success of 2011's "Planet Pit," Pitbull is not showing any signs of slowing down. In fact, he's only just getting started and his triumphant new single "Get It Started" is solid proof of that. Featuring none other than Shakira, it's a massive global pop romp that delivers an empowering message about going big, going worldwide and never giving up because you "don't start what you can't finish."

Rising Dutch DJ/producer Sidney Samson adds some of his signature spit and shine to "Get It Started" by combining pop-heavy hooks with saucy club sounds that is right on the pulse of what's hot and happening in pop music right now. Together with co-producers DJ Buddha, Marc Kinchen and Develop, Samson expertly wraps Pitbull's punchy rhymes and Shakira's melancholic delivery in a potent arrangement of rip-roaring riffs and soaring synth chords that has global superhit written all over it.

Samson's production of "Get It Started" is another accomplished achievement in his ongoing series of high-profile production work that also includes his recent work for Far East Movement, Flo Rida and Akon. And just like Pitbull, Samson is only just getting started with a few other major projects in the pipeline that should be unleashed very soon. Samson is currently on tour together with LMFAO, Far East Movement, Matthew Koma and fellow Hollander Eva Simons.

"Get It Started" is the first single from Pitbull's highly anticipated "Global Warming" studio album, due out this fall on RCA/Mr 305/Polo Grounds Records. It will be the follow-up to Pitbull's critically-acclaimed 2011 release "Planet Pit," which sold over 1.3 albums and 18 million singles worldwide. The album includes the worldwide #1 smash "Give Me Everything," as well as "Rain Over Me" featuring Marc Anthony "plus T-Pain feature "Hey Baby."

The International superstar will keep the party going this summer as Pitbull embarks on the U.S. leg of his Planet Pit World Tour. The tour, which has been through Mexico, Canada and Europe, kicks off July 26th in Chicago at the Charter One Pavilion with dates confirmed through August 12th at the Bill Graham Civic Center in San Francisco before bringing the party to Japan and Aust. (Pitbull featuring Shakira "Get It Started" is available for download on iTunes now.) 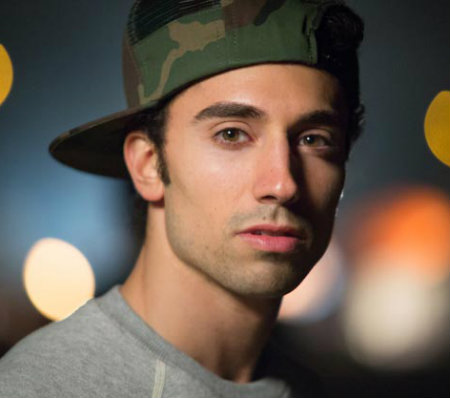 It's been over two years since I first alerted you about emerging pop crooner Tino Coury when I reviewed his debut single, "Diary," which reached number 11 on the Billboard Hot Dance Club chart back in 2010. Since then, the 23 year-old Pittsburgh, PA singer has diligently continued to write and record songs for his debut album, entitled "This One's For," alongside an impressive group of collaborators, including Jackie Boyz (Chris Brown, Justin Bieber, Madonna, Sean Kingston), Lil Eddie (Jessie J, P. Diddy)  Internz (Rhianna, Big Sean), Sham & Motesart (K’naan, Willow Smith) and Mansur (Monica, Ashanti).

The first track Coury is sharing from his debut record is the radio-ready "Drink My Love Away." Paced by a galloping, propulsive beat, the song is filled with rock-edged melancholy, aching lyrics and Coury's soaring pop vocals about letting go of the past to live in the moment because "nobody can guarantee tomorrow." The song is released in conjunction with a video that shows Coury spending a day on the beach with friends to forget his love lost that's truly on his mind.

Through his teenage years, Coury poured his passion into sports being a star football athlete. He considered music a hobby, but everything changed when he suffered a painful wrist injury and decided to pursue a career in music. He taught himself how to play the guitar, cribbing from a Blink-182 tab book, then piano, bass and drums until finally he was writing his own original songs. "When I was in eighth grade or so, I loved Blink-182 and Green Day," he recalls. "I was into hip-hop and pop too, but those punk-rock tunes were so amazing. I got the guitar tabs and starting learning to play the songs, which were simple but incredibly catchy."

Tino Coury will be releasing "This One's For," this fall on indie imprint Eleventh Records, distributed through Universal’s Fontana. Look for the release of "Drink My Love Away" on iTunes in the next few weeks. 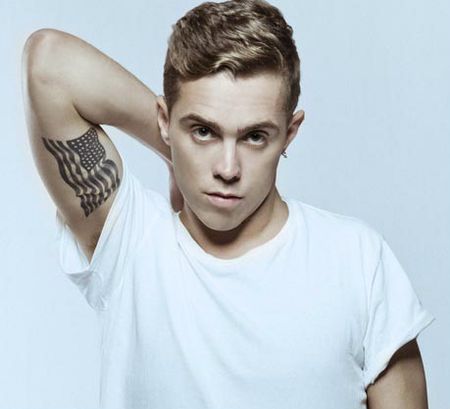 It's a "New Day" for Alicia Keys