arjanwrites.com: Remembering an Icon: What Donna Summer Really Meant to the World of Pop

Remembering an Icon: What Donna Summer Really Meant to the World of Pop 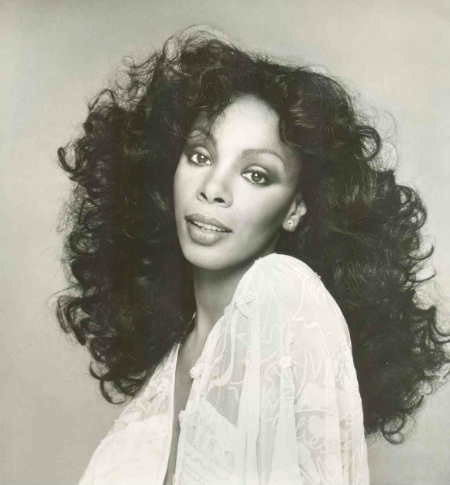 Once in a very rare while an artist comes along who changes the world of popular music. Someone who truly ups the ante, taps into a powerful sentiment and blazes a trail for many others to follow. Donna Summer was one of those rare, brilliant talents and remarkable artists whose legacy goes far beyond her string of hits and the well-deserved accolades she received throughout the years.

Summer's rise to fame as a pop superstar in the mid-'70s didn't just happen overnight. After growing up in Dorchester just outside of Boston, MA, the young church singer moved to New York City in 1967 to immerse herself in the city's burgeoning music scene. Showcasing a ferocious appetite for making music, Summer experimented with blues, rock and even some psychedelia inspired by her idol Janis Joplin. In the late '60s, she auditioned to perform in the musical Hair on Broadway, but she was awarded the part of the traveling cast of the show in Munich. It was her experience in Europe that helped Summer develop her unique and confident stage presence that proved to be a key ingredient to her success as a recording artist.

Looking back at her career and accomplishments, one of Donna Summer's biggest accomplishments is that she was without a doubt the first female pop superstar and dancefloor diva who paved the way for many other female artists who followed her trail in the late '70s and '80s. Artists like Madonna and Kylie Minogue have often named Summer as an inspiration. Not only for her music, but also for Summer's fine sense for commanding her audience on stage by injecting her performance with just the right amount of sizzle and sex appeal. Summer truly was the first pop music star to gently push female independence, empowerment and sexuality away from the fringe and into the mainstream spotlight.

But there were many other ground-breaking facets to Summer's career. In a contemporary pop world ruled by the holy trinity of producer, songwriter and their artist, Summer was one of the first pop stars to forge a powerful bond with producers and songwriters to create a hit-making, cross-over pop powerhouse.

Much like how Madonna early on teamed up with Stephen Bray and Patrick Leonard, Katy Perry found her groove with Dr Luke, and RedOne created Lady Gaga's global pop sound, Summer collaborated with dance music visionaries Georgio Moroder and Pete Bellote to pioneer a uniquely soulful disco sound that pushed the pop frontier forward. Using new electronic instruments, it was a new style of music that ushered in the glory days of '80s pop and successfully tapped into a sentiment that lingered throughout society in the '70s.

After the trauma of the Vietnam war, political turmoil and the ongoing nuclear threat, the trio of Summer, Moroder and Bellote (along with the support of Neil Bogart at his legendary Casablanca Records) created a fresh new, escapist pop sound that captured the mood of a generation. Disco let people forgot about the stress and uncertainties of their everyday lives with classics like "I Feel Love," "Macarthur Park," "Hot Stuff" and "Love To Love You Baby."

On a personal note, I had a chance to spend some time with Donna Summer early on in my blogging career in 2003 to talk about her Greatest Hits compilation, the aptly-titled CD set "The Journey: The Very Best Of Donna Summer." Pleasant and very personable, Summer, the "Queen of Disco," struck me as an artist who never pursued music for fame or money.

With the words that she used and the stories that she told, it was instantly clear to me that this was a remarkably gifted woman who simply had an innate passion for music. She is a true star who was born to sing and entertain with her incredible voice that has lifted up generations. Donna Summer's legacy will live on forever with her timeless body of work that has made a lasting impact on the lives of people everywhere and the world of pop music at large. Donna Summer RIP.