arjanwrites.com: A Few Words about Adam Lambert 'Trespassing' and the Power of Pop 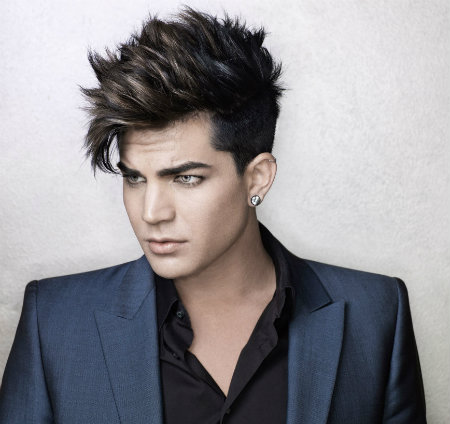 Much has been written about Adam Lambert and much has been said about his chart-topping new LP "Trespassing." But when all is said and done, the only words that truly matter are the stories Lambert so candidly shares on the album. Each and every song on "Trespassing" perfectly conveys his state of mind and distinct point of view that is woven throughout the effort.

"Trespassing" shows off two different sides of the singer. One part of the record features Lambert's exuberant and glamorous stage persona with tracks that are peppy, fun and clearly (and successfully) produced for mass consumption. The other part of the album emerges when Lambert steps off the stage, lifts up the brightly-lit, yellow trespassing signs to expose a much more vulnerable side of himself.

Tracks like "Cuckoo" and "Naked Love" capture the fun and flirty Lambert, while tracks such as "Underneath," Outlaws Of Love" and "Chokehold" show what really moves him as artist, performer, and most importantly, a human being. In fact, "Underneath" in particular addresses that very sentiment and intent when he sings, "Welcome to my world of truth. I don't wanna hide any part of me from you. I'm standing here with no apologies."

When the party is over and the roar of the crowd fades, Lambert has the ability to take a step back, reflect on matters and tap into a raw vulnerability that is rarely exposed in pop music today. His honest and intensely personal storytelling adds a powerful dimension to his music that connects with people in a much deeper and lasting way.

One of the album's biggest contributions is that it's not just an accomplished collection of songs, but that it showcases the power and versatility of pop music. Yes, pop music can be fun, and yes, it can be highly stylized, but behind its glossy facade, pop music can also capture powerful emotions that people far and wide can relate to with great ease and apply to their own world of experience. And even if you don't speak English, Lambert's vocal tone and inflection will tell you all you need to know.

Lambert perfectly understands the power of pop and uses the ever-evolving genre to his full advantage. While pushing the envelop creatively, artistically and personally, the singer gives people music to make their own and cherish forever, which makes him a pop star of the brightest kind.