arjanwrites.com: Pete Tong Talks about New Album, Rise of the DJ and Dance Music In America

Pete Tong Talks about New Album, Rise of the DJ and Dance Music In America 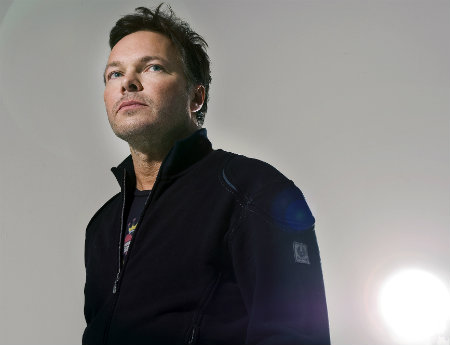 For the past two decades, Pete Tong has been one of EDM's biggest supporters who has developed a rock solid reputation as a leading tastemaker when it comes to spotting promising new acts and identifying the next generation of dance music. In addition to hosting his weekly BBC Radio One show, Tong also travels the globe playing gigs while also making time to curate his own series of album compilations of hot new music picks.

Tong explains that his love for the new and the next inspired this new album. "It's two CDs of what we feel is the next wave of dance music. That doesn't mean it's all minimal. It's vocals, it is melody, it is more of a new school underground sound."

The British spinmeister has a deep passion for the underground and a golden ear for identifying what's the next big thing. "I'm always looking new sounds. That's sort of my obsession, my kind of illness," Tong smiles. "I think over the years I've grown this antenna that sniffs out hot situations, where you can feel heat around people."

Part of Tong's finely-tuned formula of curation is to network constantly with DJs. "Stories always emerge about new people," he explains. "It's not like you're sitting in a dark room, listening to new music blindly. Things come to you from certain sources. This drives my radio show. Half of the show is about finding the next David Guetta or the next Skrillex."

Pushing dance music ever since he launched his BBC Radio One show back in 1991, Tong is excited to see dance music now taking a big flight in America. "I'm truly wide-eyed about what's going on. Even sitting here a year ago predicting how big it would become, no one could really forecast how big it has gotten and how it has integrated into the mainstream."

But Tong feels there's flip side to dance music's success as well. "Some of it is a bit scary. From a purist point of view, it has gotten very commercial because [dance music] now has the responsibility to entertain so many people and to sell so many tickets," he observes. "The biggest DJs in the world are now relying on their next hit. If think about the early DJs like Paul Oakenfold, Danny Tenaglia or Frankie Knuckles, they may have a bad gig, but that wouldn't kill 'em off."

Tong adds,  "Now you can sit in your bedroom, be 16 years old, come up with the right thing, put it on YouTube and literally twelve months later play for 50,000 people at Ultra. I suspect if you don't keep doing that, in another 12 months time, you may be back in your bedroom. I'm not saying that one thing is better than the other, I'm just making an observation. People rise super fast and therefore they have to keep it up. Everybody talks about the rise of dance music, but it is really the rise of the DJ." (Download Pete Tong & Groove Armada "All Gone Miami" on iTunes in the U.S. now.)