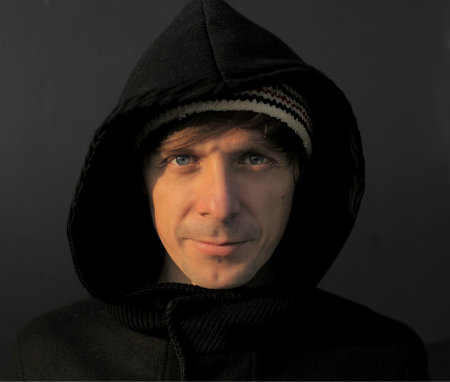 Yesterday, we brought you an exclusive on details of Martin Solveig's new album "Smash" and his most recent single, "The Night Out." While the single and its associated remixes have been making the rounds on top internet outlets, Martin has a certain other project that needs to be discussed too. He played a pivotal role in producing Madonna's most recent album, "MDMA."  When asked how the collaboration came about, Martin went with his "short story" version: “A little less than a year ago, I got a call from her manager to collaborate on her next album and I said yes.  And almost immediately I stopped almost everything else to do it."

Understandably, when he began working with the Queen of Pop, he was a bit nervous. "It took a little bit of time for me to be less impressed by her legend," he smiles. However, soon the duo found their groove both literally and figuratively. "We found some very good connections in our way of working, in our conversation around music. So we started to make jokes pretty fast, well she did a lot, and I did too after awhile."

Their chemistry blossomed and Martin found the working environment with the entertainment legend to be very productive. "We found some very good connections, it became more and more natural," he tells ArjanWrites.com. "I started to make melodies, to work on productions. Soon, songs I started from scratch we were finishing in a few days. So we became a very good team.”

While the two haven't seen too much of each other since their time together in the studio, Martin was able to catch her "breathtaking" SuperBowl performance. "I thought it was the best SuperBowl performance I had ever seen," Solveig says. “Every minute there was something happening and I was really blown away.  I called her straight away right after." Plus, it also didn't hurt that Madonna performed one of the songs they wrote together for the album. "Being able to hear my song 'Give Me All Your Love' with the choreography was really something special for me."

In terms of his next production plans, Martin has some good news for MIKA fans who he's working with. "We've known each other for awhile and I've started to exchange music with him," says the French DJ.  "We've talked more than we've worked but when he first came into the studio around this new album he had the album done already. We just exchanged my perception on it. Then, I said, 'let me produce this song for you (a demo) so if you want it, you can have it.'' On working with Mika, Solveig was very impressed. "I think he (Mika) is very involved in his album and he's really working on a very precise [idea].”

It's amazing Solveig has time to sleep with his incredible schedule.  From producing his own album to producing the most recent album for a pop music legend, Martin Solveig is at the forefront of not only the dance music world, but of all commercial music. With his new productions and DJ shows all over the world, plus joining Madonna on her world tour, we'll do our best to keep up with this globe-trotting DJ through the very important summer months coming up.

(Interview conducted and article written by ArjanWrites.com contributor Steven Siegel who gladly volunteerd to meet with Martin Solveig in Atlanta while Arjan was in Miami for the Winter Music Conference.)