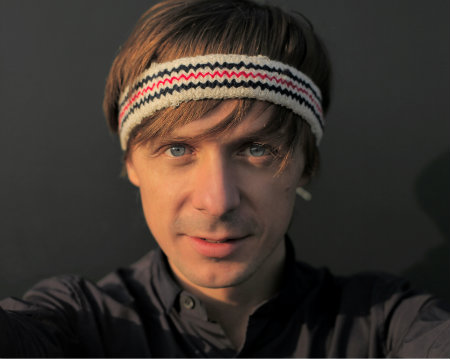 Late last month, French DJ and producer Martin Solveig sat down with ArjanWrites.com for a lengthy interview about his latest artist album "Smash," his recently released EP "The Night Out," and of course, his collaboration with Madonna on her new album "MDNA." Solveig is definitely one of the nicest guys in the business and managed to squeeze our interview right in at midnight in his hotel just before he headlined a late night set at Opera Nightclub. It was his first time in Atlanta but even so, he didn’t get to see "anything except the hotel room, the bed, and the gig!"

As blogged about previously, Martin's newest release is the excellent single and EP "The Night Out." It also features two remixes from Canadian DJ/producer A-Trak and French wonder-kid Madeon. "They are both very special and very interesting," Martin says. "A-Trak and Madeon did a perfect job in giving this song a new flavor." Madeon, in particular, may be leading the next generation of French House producers, a scene that Martin feels a particular connection with. "I of course have a history with that scene, especially in terms of the people as we all know each other. It’s part of the music I like and play a lot, ever since the first Daft Punk album."

"The Night Out" is the third single to be taken from the album, following "Ready 2 Go" and of course the monster smash "Hello" featuring Dragonette. However, success in America was never really a goal for Solveig's with this release. "Let's be honest," the Frenchman says, "there was no American plan at all.  When 'Hello' broke through I got signed by Atlantic, which is a very good label here in the U.S.  We were waiting to bring it to America at the right time.  We weren’t sure if we were going to release it. Today for a guy like me there is not a lot of interest in albums, only singles.  So I am happy with whatever happens!”

Speaking of "Ready 2 Go" and "Hello," both singles feature a staple of the Martin Solveig production: collaborations with excellent vocalists. "Ready 2 Go" features the vocals of Solveig favorite Kele and “Hello” features the perfectly poppy vocals of Dragonette.  When pressed as to how he decides who he works, Solveig says"“well, of course when I work with a singer I try to work on a special collaboration.  I want the song to be 50% myself and 50% the featuring vocalist."  Solveig is "particularly happy" with his collaboration with Kele as it’s a "nice combination of his sound and my sound."

The recent Solveig releases have also been very famous for the charming videos that accompany them.  These videos, which often feature Solveig showing off his tennis or soccer skills, are much different than the typical dance music video that usually takes place in a club.  On the origins on the Smash video series, Solveig says that he has "a lot of interest in cinema and I was working on my first short movie which was going to be a reinterpretation of a Wes Anderon movie about Tennis.   I made the song to match the film we shot first and then the song became very popular!" After the success of "Hello" and its video, Solveig decided to continue the acclaimed video series  with the most recent edition, "The Night Out," being blogged about earlier today.

Check back on Friday for part 2 of the interview where we dive in-depth with Martin about his collaboration with Madonna, his upcoming tour plans, and perhaps even a new upcoming project with ArjanWrites.com favorite Mika.

(Interview conducted and article written by ArjanWrites.com contributor Steven Siegel who gladly volunteerd to meet with Martin Solveig in Atlanta while Arjan was in Miami for the Winter Music Conference.)