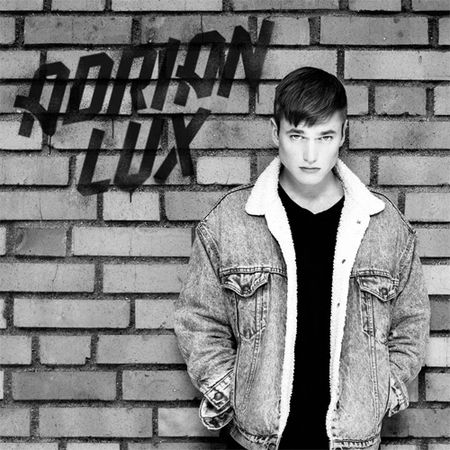 There are only a few up and coming electronic artists who have made an impact on commercial dance music like Adrian Lux. The Swedish DJ and producer has a robust remix portfolio (PNAU, Rebecca & Fiona, The Good Natured) exciting collaborations ("Eagles" with Sander Van Doorn), and of course, his originals ("Teenage Crime" and "Can't Sleep"). This week, he unveiled his self-titled debut release on Ultra Records, entitled "Adrian Lux," that brings the former model's considerable talents together in one pristine package of pop-savvy electronic productions.

As modern dance music continuously produces new talents piggy backing off the euphoric trance chord mania started by Axwell and Avicii, Lux's album showcases his distinct compositional method. Lux fills his album with a lush array of synthesizers and anthemic vocals while also utilizing a variety of striking production techniques not normally seen in the electronic world (for example, the stirring acoustic guitar of "Teenage Crime"). The result is the best debut album release of this young year and an album that will definitely be in consideration for dance music album of 2012.

However, even I wasn’t prepared for the perfection Lux threw at me with the opening track, "Burning." This is probably my favorite cut on the album. It begins with high octave arpeggio that is endlessly appetizing to the ear (the Lux trademark). Next, the lovely vocals of Dante come in, detailing the agonizing details of a break-up (classic EDM right here folks).

When Lux drops in the kick drum and bass at the 1:04 mark, we're off and running on what will no doubt be one of the serial jams of the summer. As Dante repeats, "the light we had is burning up" over a lovely saw-tooth bass line, your head is compelled to move to the beat. Robyn would have been proud to call this song her own if she was singing on it (speaking of, can we get that collab?).

"All I Ever Wanted," the second track of the album, continues the dance-pop ethos of the record.  Perhaps in a nod to the production style first popularized by Lux's contemporary Alesso, "All I Ever Wanted" opens with a driving two pronged bass line where Adrian couples a live distorted bass with a synthesized sawtooth lower end frequency underneath. The vocals of Joakim Berg work nicely with the vintage trance riff that is at the center of the track.

From there, we move into two staple tracks of the Adrian Lux catalogue: "Teenage Crime" and "Can't Sleep." "Teenage Crime" has always been a record that has really impressed me. And yes, I know it was released a few years back but still, it's stunningly unique in today’s dance music world. I've already mentioned the guitar, but one thing I really like about "Teenage Crime" that is often replicated on other parts of Adrian Lux is the uniqueness of the vocalist. Lux seems to have a serious ear for choosing vocalists who have a different style than the typical R&B singer or pop crossover artist used in most of today’s commercial house music. Sometimes, he favors the more airy style of female vocals a-la Kaskade, other times, he likes to apply ample amounts of French House vocoded accents to his vocalists like in "Weekend Heroes." Either way, each track on this debut release always offers something unique in terms of vocals, and that’s not something you can often say about dance music albums.

Another standout track I really dig on this record is "Silence" (featuring And Then). Lux again opens with one of his classic, poppy, arpegiated riffs before beginning a slow build up with an understated synth pads that would make Eric Prydz proud. Lux drops out the percussion for a bit before bringing everything back together for a vintage trance drop reminiscent of Calvin Harris' "I'm Not Alone." I'll probably be banging this one out a lot when I'm flying down the Michigan highways this summer.

There’s not enough space here to cover the rest of the excellent songs on this album. From "Boy" to "Fire" and back again to "Can't Sleep," Adrian Lux bombasts the listener with hook after hook. In the end, "Adrian Lux" is a fantastic release, especially considering it's a debut album and how hard it is to make a good dance music album.  After the last track fades out, there is no doubt left that one can instantly recognize the Adrian Lux sound, the greatest achievement one can have in contemporary dance music. (Download Adrian Lux "Adrian Lux" on iTunes.)

About Steven Siegel
Post contributed by Steven Siegel, ArjanWrites.com's dance expert in-residence (and trusted camera man). Currently finishing up his senior year at Emory University, Siegel is a massive dance music fan and a budding DJ/producer. You reach Steve and listen to his own productions on SoundCloud. Steve tweets at @steviesiegs.