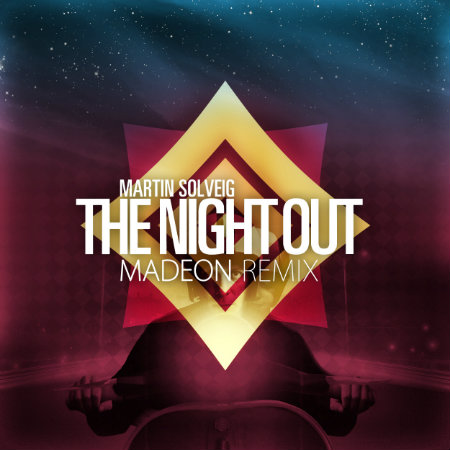 Hotly-tipped dancefloor sensation Madeon pumps up the joy on his glorious new remix of Solveig's new single "The Night Out," which the young French soundboard wizard turns into a richly melodic dance pop number that is bursting with positivity. Set to a buzzing new groove and packed with pop, Madeon masterfully applies his distinct, fact-paced micro-synth production stylings to Solveig's original to put a whole new spin on the song.

"The Night Out" will be the third single taken from Solveig's new LP, entitled "Smash," that follows his collaboration with Martina Sorbara of Dragonette on "Hello" and "Big In Japan." Solveig recorded the track as an ode to fellow French act Phoenix and it features his own vocals.

Both Solveig and Madeon appeared at the Ultra Music Festival in Miami this weekend. Solveig stirred up the crowd on the mainstage on Friday while Madeon performed earlier that day on the festival's emerging artist stage.

Their gigs at Ultra marked an important milestone for both. Solveig is celebrating the release of Madonna's "MDNA" this week that includes three tracks he produced, including lead single "Gimme All Your Luvin'." For Madeon, his performance at Ultra marked his big stage debut in America, which is the kick off to many more things to come stateside.