arjanwrites.com: [NEW] Listen to Sam Sparro "The Shallow Ground" (From "Return To Paradise") 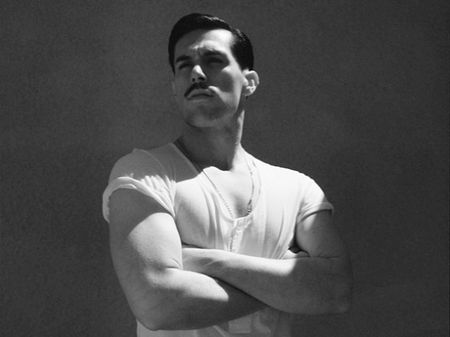 Sam Sparro serves up some stirring disco-soul on "The Shallow Ground," the very first track unveiled from his much-anticipated new album, "Return To Paradise." The song was produced by Jesse Rogg and Greg Kurstin, and is "about life in Los Angeles," Sparro writes on his web site.

Set to a mighty infectious "woo-hoo," a bouncy bass, lots of cowbell and a sultry sax solo, Sparro explains in his warming timbre that Los Angeles is a city close to his heart. It's a place where you can live "a beautiful life" and if you can swim in "the shallow end" then you will be "alright," poignantly referring to the city's many trappings. He adds that the "fun in the sun" city may be full of dreamers, fakers and crazies, but "crazy people need love to."

Sparro created an Instagram-styled video for the song with a compilation of clips from the new album's recording sessions. Pop fans should look for a cameo of Swedish pop singer Erik Hassle around the 2:10 mark with whom Sparro collaborated on "Return To Paradise."