arjanwrites.com: [REMIX] Gotye "Somebody That I Used To Know" ft. Kimbra (4FRNT Remix)

[REMIX] Gotye "Somebody That I Used To Know" ft. Kimbra (4FRNT Remix) 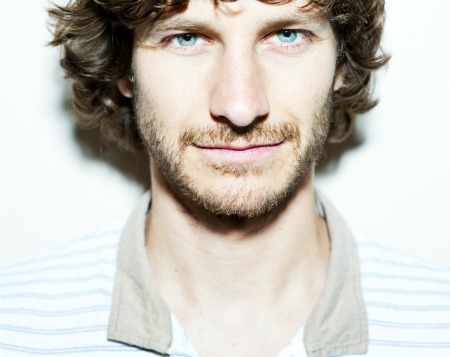 After Gotye ruled the charts in Europe for weeks on end last year and racked up over 55 million views on YouTube, the Gotye craze is now heading stateside. The Brussels-born artist performed last night on Jimmy Kimmel's late night show and his breakout tune "Somebody That I Used To Know" (featuring Kimbra) is rocketing up the charts in North America. Moving an impressive 200k units in one month, the song has entered the Hot 100 chart, debuted on the Billboard 200, achieved status as the No. 1 Greatest Gainer at AAA, is already No. 9 on Alternative Mediabase and No. 1 at iTunes Alternative Singles chart.

"Somebody That I Used To Know" is taken from "Making Mirrors" which is a phenomenal record that spotlights pop and electronic music at its most emotional. The record delves into dub, Detroit-era Motown soul, stadium-size politi-pop, synth-folk and world music on glorious, sprawling, huge-hearted songs. Gotye used rare instruments such as the Lowrey Cotillion organ and developed a self-constructed bassline by sampling the Winton Musical Fence that he discovered in the outback of Queensland, Australia. He also sampled sounds he found on vintage records hailing from places like Taiwan and Turkey.

"Somebody That I Used To Know" has been remixed by many but this brand-new 4FRNT remake is one of the most impressives ones to date. Quirky and fun, 4FRNT (aka Lucian Piane and Jon Castelli) peppers the soft and gentle original with larger than life builds, flaming synth blocks and some subtle dubstep grooves to create one highly imaginative remake of the evergreen tune.