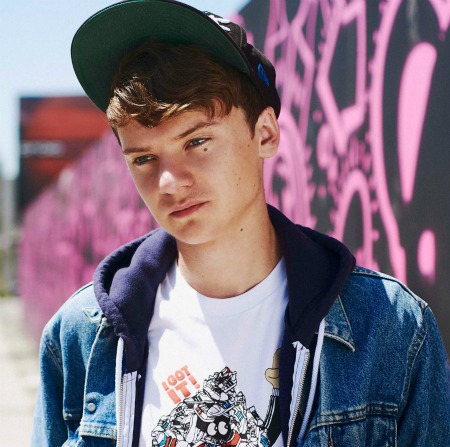 It looks like Britain has another new pop obsession and his name is Conor Maynard. The 19 year-old Brighton singer/songwriter has hit the fast lane in the last few months after he first made a name for himself early last year as one of Britain's most popular YouTube stars known for covering other people's songs. Fans loved it and even artists started to take notice. Many celebs tweeted about him and Ne-Yo even called his house and offering to produce him.

But Parlophone was the lucky label who ultimately ended up signing Maynard while encouraging him to continue to build his social media following. With 50 million YouTube views, he now has the 7th most subscribed music channel in the UK, his Facebook fans now stand at 175,000 and he has more than 60,000 Twitter followers. All of that without releasing a single piece of original music. Yeah, that's impressive and I'd imagine a bit of pressure as well.

With all that online success, it is time to take it to radio and up the charts. On April 30, Maynard will release his debut single "Can't Say No" that was co-written by Conor and produced by The Invisible Men (the men behind Jessie J, Nicola Roberts, Pixie Lott). Echoing the slapping tunes of The Cataracs, "Can't Say No" is an edgy, electronic slice of prime R&B-styled pop that is nothing like the cookie-cutter teen pop sound out there, which will surely help to get him noticed.

Earlier this week, Maynard posted a brief introduction of his new music on YouTube (his second home) to give fans a good taste of "Can't Say No." Watch it on YouTube and keep your eye on him as big things are sure to happen.