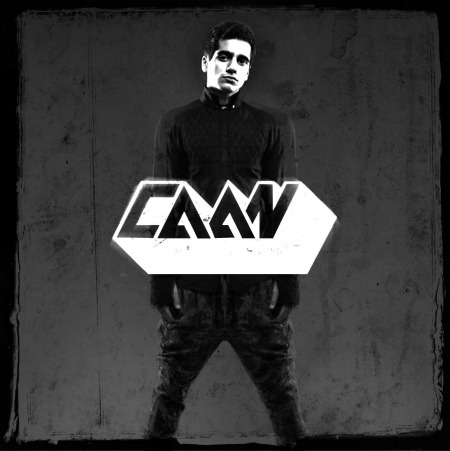 A lot has happened with Caan Capan over the last couple of years. After rising to indie fame with alt-pop trio Ou Est Le Swimming Pool, the group was struck by an incredible and unthinkable tragedy when singer Charles Haddon took his own life at a Belgum music festival in the summer of 2010. The best way for Caan to cope with the loss of his close friend and musical confidant was to move forward making music, and pour his heart and soul into his songwriting.

Last year, the 24 year-old Camden singer released a few tracks and played a number of shows to test the waters as a solo artist. He also forged a powerful partnership with leisure brand Reebok to produce audio and visual content, which will be released to coincide with the campaign for his much-anticipated new single "Every Little Thing" in March.

With Caan’s debut album nearing completion, he felt the time was right to record his first cover to warm up fans for his solo project. He opted to cover Japan's classic "Ghosts" that turned out to be an exciting and novel revamp of the original produced by Caan and his production team.

Caan explains in a press release why he was compelled to cover "Ghosts." "Japan have been one of my favourite bands since I was a kid," he explains. "I think this is a beautiful song. When we came to putting the track together we wanted to stay as true to the original as possible. In amongst our vast collection of vintage synthesizers is a Prophet 5, as used on Japan's original version, which we dusted off for some of the sonic textures."

”I believe David Sylvian to be one of the greatest songwriters of our time, and for me ‘Ghosts’ in particular is an instant classic," Caan adds. "Japan were so confident with the song that they dressed it in a very left-ish arrangement. To offer something original I have tried to stay away from that with a more simplified arrangement. Though, of course, the original can never be beaten."

Caan's mesmerizing and beautifully performed cover of "Ghosts" will the official B-side of "Every Little Thing." The package will also be backed by remixes from new electro-pop band The Ghosts and latest UK rap-star Benny Banks.