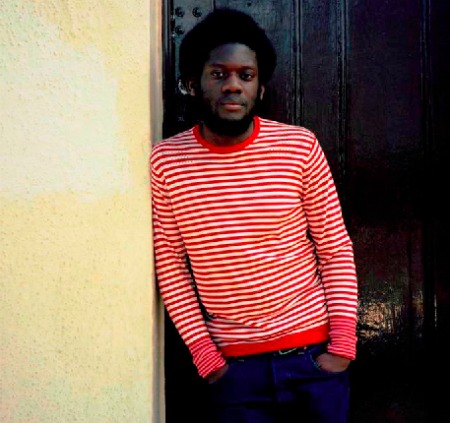 A very big congratulations to soul man Michael Kiwanuka who was named by tastemakers at the BBC this morning as their most favorite new artist for 2012. The gifted London crooner topped BBC's "Sounds of 2012" shortlist that also included Azealia Banks, Niki & The Dove and Skrillex. Kiwanuka follows in the footsteps of stars like Jessie J, Adele, Mika, Ellie Goulding, Corinne Bailey Rae and Keane who received the coveted BBC nod in previous years.

It's a massive endorsement for Kiwanuka who has built a loyal and passionate fanbase at home but is now slowly but surely getting more attention internationally, and the BBC announcement today will surely intensify his rising momentum.

Born and raised in North London by Ugandan immigrants, Kiwanuka started out his music career as a session guitarist for Labrinth. While laying down punchy riffs for Labrinth's pop productions, Kiwanuka also continued to work on his own music and played gigs all around London to further finetune his craft. He ended up being spotted by savvy talent scouts and was signed to Communion Records, a small indie label launched by Mumford & Sons Ben Lovett.

This week, Cherrytree Records released Kiwanuka's debut EP, entitled "Home Again," in the States to introduce his timeless and rootsy folk-inflected modern soul sound to music lovers stateside. Together with producer Paul Butler, Kiwanuka delivers a sublime collection of heart-warming and soul-stirring gems that invoke memories of iconic soul artists like Otis Redding, Bill Withers and Marvin Gaye. The singer recently stopped by the Cherrytree House to perform a few tracks including the wonderful "I'm Getting Ready." It's a must watch.