arjanwrites.com: Listen To All Mankind "Can You Hear Me?"

Listen To All Mankind "Can You Hear Me?" 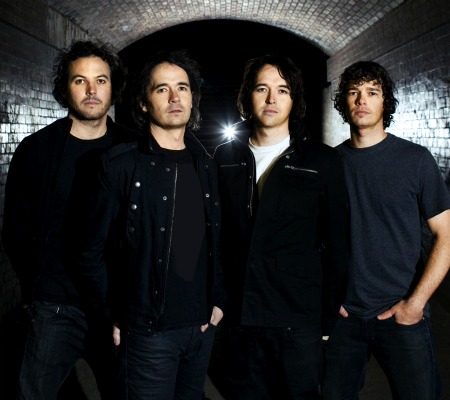 Last week, a lengthy New York Times article argued that the state of major label rock is in pretty dire straits. Writer Carmichael feels that the genre has become "zombified" with its "fringes" remaining "interesting, and regenerate constantly, but the center has been left to rot."

Some pretty harsh words that led to a heated discussion on Google+ with people pointing out that the demise of the investment and development in rock at major labels is primarily a matter of economics and not a sign of a lack of talent or creativity.

In many ways, the declining interest in rock by many record labels forces new artists to promote their music in novel new ways without the support of a label.

One of the acts that has been stirring up a storm of interest by combining powerful songwriting with contemporary marketing techniques is pop rock outfit All Mankind. Like many independent acts, their go-to market strategy is less based on pleasing boardroom players but rather on common sense. This will ultimately drive deeper audience engagement and help grow a loyal base that, ironically enough, will eventually peek the interest of major labels.

All Mankind's music has frequently been included on television hits shows like Gossip Girl, which has led to radio airplay at FM stations in America and in Europe as well. The Sydney, Australia group has also been a featured guest on Rolling Stone Magazine's popular Weekender Festival in Germany alongside Death Cab for Cutie, Wilco and Ed Sheeran.

Check out their set up tune, "Can You Hear Me?" that has been getting the most attention. It's a solid slice of propulsive pop rock that has an undeniable mainstream appeal and is slowly but surely finding its way to the masses - like good music always does. (Support new music and download "Can You Hear Me?" on iTunes.)