arjanwrites.com: Adam Lambert "Better Than I Know Myself" (Single Review)

Adam Lambert "Better Than I Know Myself" (Single Review) 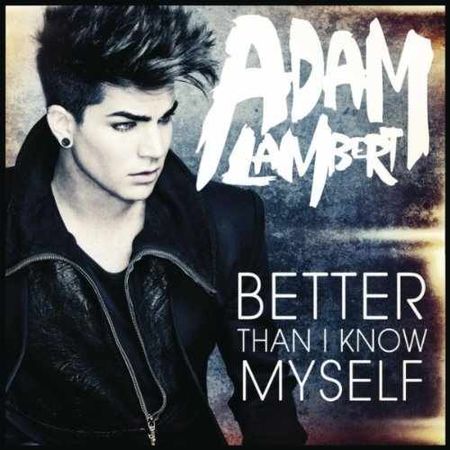 Adam Lambert is easily one of the most noteworthy and talented new artists American Idol has uncovered in a very, very long time. With a unique style of his own and killer vocals, Lambert is a born entertainer who is not afraid to take a risk to express his genuine artistry.

After finishing up his game-changing stint on American Idol, things turned unexpectedly rocky for Lambert. I vividly remember his much-criticized American Music Awards performance back in 2009 when (in the heat of moment) he kissed one of his male band members that led to an outrage among some viewers.

I applauded Lambert for that moment. He may not have realized it at the time, but he stood up for tolerance and pushed a boundary that desperately needed to be pushed. In fact, I believe Lambert changed things for the better by challenging ignorance and he paved the way for other (male) artists to express themselves freely from that point forward.

The positive, long-term impact aside, the AMA incident put a dark cloud over the release of his "For Your Entertainment" LP. Instead of talking about his music (and stellar collaborations with people like Sam Sparro and Lady Gaga), Lambert ended up defending his actions in every single interview that was set up to talk about his debut record.

With the heartfelt and beautifully-performed "Whataya Want from Me," "For Your Entertainment" did end up delivering one massive radio hit that put Lambert in pole position for continued success. Part of Lambert's ongoing success has also been the unconditional loyalty of his fans. When I met Lambert backstage at the 53rd GRAMMY Awards last January, he spoke specifically about the love of his fans and how he enjoys being on Twitter to interact with them and get their feedback.

Almost two years after the release of "For Your Entertainment," Lambert returns with the brand-new "Better Than I Know Myself" that gives listeners a taste of his new album, entitled "Trespassing." It's a record that Lambert calls "transformational" and its stories are very much based on his personal experience over the last two years.

Produced by Dr Luke and co-written by hitmaker Claude Kelly, "Better Than I Know Myself" reveals a potent, radio-ready new sound that will surely help Lambert propel to a new level of success. The track neatly combines Dr Luke's soundboard savvy with Lambert's larger than life vocals that is the perfect marriage of style and substance.

The song's gritty production values and unpolished sonic textures expose a raw emotion that accentuate Lambert's sobering lyrics. "I get kind of dark (. . .) but try to see my heart," the singer emotes, giving the song a winning punch with his powerful vocal performance. "Better Than I Know Myself" is a massive new single that has hit, hit, hit written all over it. It clearly puts Lambert back on the map as one of the biggest pop stars to look out for in 2012.