arjanwrites.com: [FRESH NEW] De-Lor "Out Of My League" featuring Kinetics & One Love (MP3) 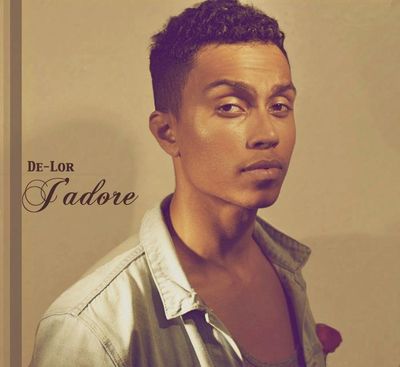 Swedish pop singer De-Lor (aka Sebastian Michael) is currently spending time in the U.S. to attend Boston's famed Berklee College of Music. When he's not learning about music theory, he has been working in the studio to work on his own music inspired by some of the great pop, dance and R&B producers of our time.

I alerted you about De-Lor's "That We Lovd" back in August and now this rising new talent is introducing a bunch more new tunes. Last month, he released his "J'adore" mixtape, a fine and fresh compilation of electro-edged pop songs with a bold hip hop flavor that is mighty infectious. Check out the mixtape's lead track "Out Of My League" that features De-Lor on vocals and also features his pals Kinetics and One Love. It's a buzzing slice of radio-ready pop that's hella catchy and has great potential. Download the entire mixtape here.

De-Lor likes to refer to his music as "futuristic electro pop," which is a pretty decent description of his music, but I think there's way more to it than just that. Like I wrote before, it's De-Lor's voice and delivery that truly makes his music stand out from the pack. He doesn't serve up your cookie-cutter when boy-meets-synth kind of DYI pop. De-Lor firmly injects his music with a soulful, confident and emotive quality that captured me right from the first note he sang. (Download MP3)