arjanwrites.com: [FIRST LISTEN] Madonna "Give Me All Your Love" (Single Review)

[FIRST LISTEN] Madonna "Give Me All Your Love" (Single Review) 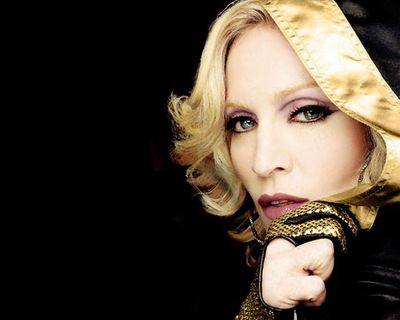 It started with a few snippets on YouTube and SoundCloud this morning, but now Madonna's entire new single "Give Me All Your Love" has leaked, which has set off a firestorm of discussion among fans and pop aficionados online.

First of all, the cut that is making the rounds on file sharing sites appears to be a proper mix of a demo that can quite possibly be the final mix of the song and not a demo that needs a lot more tweaking. It's nothing like when "Candy Shop" first leaked off "Hard Candy" that had many fans surprised if not horrified.

Back to the song. "Give Me All Your Love" has producer Martin Solveig's stomp all over it. The bounce, the throbbing bass and the rhythm track, it is all clearly him. Solveig has also stirred in a bit of his signature quirkiness and wit because if there's one way to describe this song it is simply to say it is good, care-free fun. It's catchy, playful and mighty fresh.

Madonna kicks off the good times with a simple cheer, "L-U-V Madonna! Y-O-U You wanna?!" that she repeats throughout the track to the beat of a marching band. The bouncy verses are interspersed with simple synth licks that lead to a super hooky chorus that features an infectious guitar riff.

The song takes an adventurous turn when it breaks around the 2 minute mark and Solveig pulls out his best, stuttering pinball effects. He even unveils a new crunchy texture that is kinda, sorta but not really dub-step inspired. He doesn't go all the way, but he definitely takes a cue or two. The breakdown gently circles back to the chorus where Madonna rejoices and finishes off the track.

According to earlier reports, M.I.A. and Nicki Minaj would guest on this tune but they are missing in action on the version I've heard. And that's not a bad thing. The Queens that she is, Madonna confidently carries the song and no cameos are needed to deliver anymore sizzle. "Don't play the stupid game, because I'm a different kind of girl," she sings. Madonna even makes a subtle nod to the past when she sings, "In another place, in another time, you can be my lucky star."

Final verdict: L-U-V this! Madonna's teaming with Martin Solveig is a winner. The song is fresh, fun, hooky and totally now. The Queen is going strong. Fans fear not. Judging based on this tune, Madonna new album is going to deliver. And quite frankly, the gimmicky phrasing and whole play on love, luv and l-u-v is quite brilliant, and will have fans repeating and tagging it all day long.

(Special warning: Leaks are rarely intentional. Chances are that what you will hear is not the final version. Be patient and celebrate the official release.)