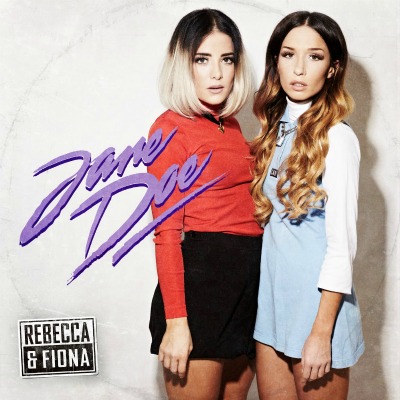 Rebecca & Fiona are already a household name in Sweden, but the dance pop duo is now looking beyond the Swedish borders to extend their success. You may remember that I first alerted you about the group when I posted their single "Bullets" back in January that they produced together with Swedish house producer Adrian Lux.

"Bullets" was followed by their double A-side single, titled "If She Was Away/Hard," that was noted by none other than Kaskade. The super DJ was impressed and invited Rebecca & Fiona to collaborate on "Turn It Down," a track that is included on his new artist disc. It is a major accomplishment for the former Stockholm DJ and club promoters to get their name out in a much bigger global community of dance afficinados.

Echoing the sound of Kylie Minogue's "Fever" and other sultry electro pop, "Jane Doe" is a stylish and sleek dance pop track paced by a pulsing, kinetc disco groove that is dominated by the duo's lush and delicate vocals. With plain lyrics like "let this beat run through your head," "Jane Doe" doesn't particularly stand out for its lyrical depth, but it sure is a glowing dancefloor gem that is crafted superbly.

Bonus is that delicious Flashdance-styled cover art that neatly positions the two as two burgeoning fashionistas.