arjanwrites.com: [FRESH NEW] Listen to 047 "Keep It To Yourself" 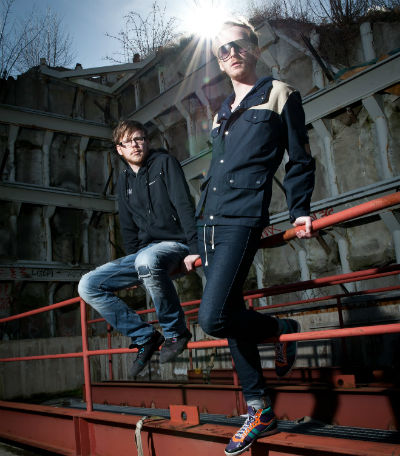 This morning, an email from Swedish pop outfit 047 alerted me that I had to check out their new single "Keep It To Yourself" if I was a fan of The Sound Of Arrows, Robyn and Pet Shop Boys. That description sure peeked my interest and the track fortunately didn't disappoint. In fact, "Keep It To Yourself" is a stellar international introduction to a Swedish band that has been cranking out tunes since 2001.

047 is the teaming of Peter Engström and Sebastian Rutgersson who started working together in 2001 when they produced a chipmunk Christmas album just for the fun of it. The group released their first album with original tracks, titled "Robopop," in 2006 that set the tone for their warming, synth-driven brand of pop. The group took a break for three years to focus on other creative projects until they returned in 2009 with "General Error."

Now, the group is taking their sound to a much bigger group of pop aficionados far beyond the Swedish borders. Paced by a subtle electro groove, "Keep It To Yourself" is a gorgeous and melancholic tune that is ruled by its shimmering instrumentation, nocturnal aesthetic and the group's crisp, angelic vocals. Highly recommended.