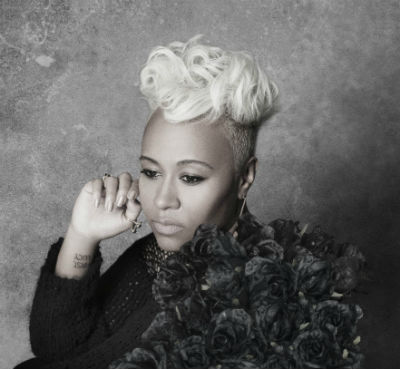 While we're on the topic of Labrinth and Tinie Tempah, it's only a stone's throw away from an update about Emeli Sandé. She has worked closely with Tempah as a writer and featured vocalist, and now Sandé is planning to break out as a solo star. And she sure is off to a good start. Last night, she received a British MOBO Award for "Best Newcomer" this year.

After her debut single "Heaven, Sandé is now unleashing the very soulful and intensely personal "Daddy." Sandé describes the majestically crafted track in a press release as a song about "addiction to anything." The song is more proof of her ability to deliver richly melodic and classically powerful tunes that are driven by soaring vocals that tell nothing but her truth.

Taken from Sandé's forthcoming debut "Our Version Of Events, "Daddy" was produced by British producer and Emeli’s long-time collaborator Shahid Khan aka Naughty Boy. A powerful soundscape of bells, strings and haunting backing vocals, Emeli’s incredible voice and Naughty Boys’ distinctive and  impeccably fresh production style combine to create a track that will last long beyond its time in the charts. Listen to it after the break.