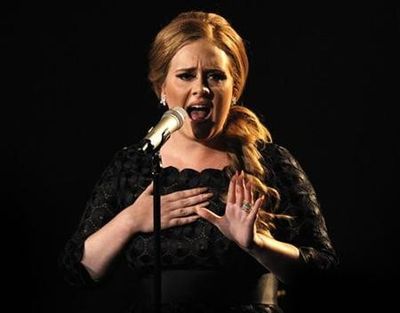 On Friday, Billboard Magazine confirmed that Adele canceled all of her 2011 tour dates due to her vocal illness. This news follows the cancellations of her 10-city U.S. tour earlier this month to give her voice rest after the 23 year-old singer was diagnosed with a hemorrhage of her vocal cord.

David Witsell, Medical Director at the famed Duke Voice Care Center in Raleigh, NC and one of the country's leading experts in the field of voice-related illnesses and rehabilitation, explains that vocal surgery is considered when there has been an injury to a vocal cord that has healed inappropriately after a period of voice rest.

A "hemorrhagic polyp" or "vocal cord granuloma" are commonly two reasons for recommending surgery of a vocal chord hemorrhage. "A hemorrhagic polyp (. . .) must be removed carefully to restore the normal contour of the vocal cord and preserve the vibratory layers lying over the vocal ligament," Witsell tells me in an exclusive interview.

Witsell has not diagnosed Adele but together with his dedicated staff of doctors and voices coaches he has treated many patients with similar vocal problems. "Scarring of the vocal ligament after surgery is every (. . .) singer's nightmare," he explains. "If the vibrating surface of the vocal cord becomes tethered to the ligament underneath it, the purity and overall quality of the singer's vocal tone can be lost."

The doctor adds, "The artistic contouring of the tone, how the singer shapes it with their throat, tongue and mouth is not lost, though. However, to singers like Adele, their voice is their identity, their everything. Loss of their vocal tone or an injury to their vocal cord is the most serious of career and life events."

Witsell concludes that proper rehabilitation is vital to restoring Adele's voice. Recovery from surgery is gradual as vibration returns to the vocal cord and may take up to six months or more of intensive medical and singing rehabilitation. "Fans should be concerned with Adele," Witsell adds. "They should all be sending her positive karma (. . .) especially during the time that she is recuperating. This is the time when she will need the support and our patience, not pressure to be back on tour immediately."

We're wishing Adele a speedy yet proper recovery to make sure her voice heals and stays strong. A big thank you to Dr Witsell for speaking with me over the weekend. Learn more about their Duke Voice Care Center on their web site.