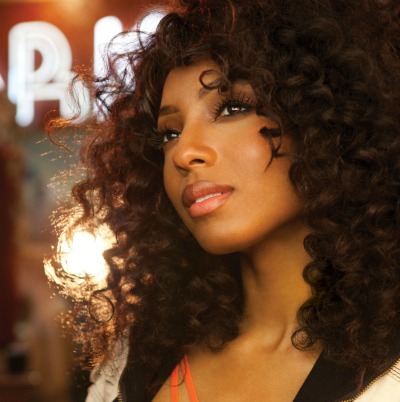 Sexy, sassy and immensely talented, Wynter Gordon is one of the most exciting new voices in pop to keep your eye on. After stirring up a storm with "Dirty Talk," the New York singer released a new EP earlier this summer that is filled some finely-cut pop gems, including the very, very good "Still Getting Younger" that was co-produced by Empire Of The Sun's Nick Littlemore.

Gordon is currently putting the final touches on her full-length debut album that includes many more unexpected but potentially incredible collaborations. One of the new tracks to look out for is her collaboration with Starsmith, titled "White Lies."

Wynter Gordon got her first big break writing the title track on Mary J Blige's multi-platinum, Grammy nominated album "The Breakthrough", and has since written for other A-List artists such as David Guetta and Jennifer Lopez  Her latest single "Til Death" made a Hot Shot Debut on the Billboard Club Play Chart a few weeks ago, where it reached number 3 with a bullet on the charts.

Shot in Los Angeles by director Bec Stupak, the video for her new single "Buy Me Love" has a fitting retro touch with Gordon invoking memories of '80s Diana Ross and Jody Watley. It's a totally fun video for the for the playful pop tune. "There's a million ways to show your devotion, so many ways to sway my emotion. Don't hesitate to buy my love," Gordon suggests while dancing around trying on some new clothes together with Tristan Wilds of 90210 and Zelda Williams. Watch it after the break.