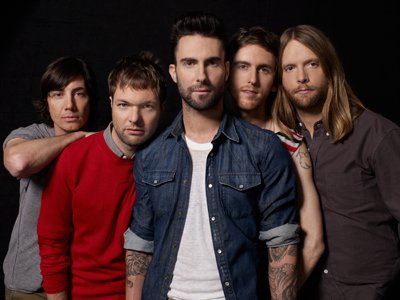 Producer Benny Blanco has a massive smash hits at his hands with Maroon 5 "Moves Like Jagger" that is flying up the pop charts around the world. Featuring his spick-and-span and squeaky tight production, it is perfect pop fare with a nice funky edge that comes with that very hooky whistle and the divalicious vocals of Adam Levine's new pal Christina Aguilera.

Blanco hit the soundboard to create a subtle revamp of "Moves Like Jagger" that features some punchy new rhymes by rapper Mac Miller. The Pittsburgh bad boy is stirring up the scene with his new mixtape "Best Day Ever" on which he delivers some of his finest lyrics to date, including his bling-bling tune "Donald Trump" that was called out on Twitter by Donald Trump himself. Also you may remember that Blanco's pal Neon Hitch covered Miller's "Donald Trump" back in August and gave it a sweet little purr.

So expect no drastic changes on this revamped version of "Moves Like Jagger," but look out for a few new twist and turns courtesy of Mac Miller who is letting it all hang out, shifts gears and spits some not so-subtle lyrics about loving the ladies just for the night in a way that only he can. It's almost like if Miller says what Levine was thinking while writing the original lyrics. I'm sure Blanco and Miller had fun putting this together, because it shows. 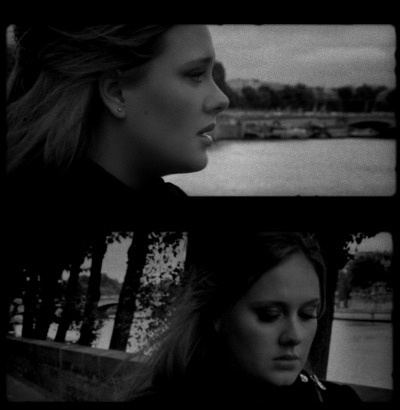 Adele brings on the goosebumps and turns on the waterworks in the emotionally-charged new video for "Someone Like You" that premiered on Vevo and MTV late last night. Have tissues at the ready to wipe away a few tears. Her spellbinding live performance of "Someone Like You" silences sold out theatres around the globe and this new video has the same breathtaking impact.

The gritty black and white video shows Adele walking through the deserted cobblestone streets and majestic avenues of Paris reminiscing about a love that was not meant to be. In the final scenes of the music video, she has a final confrontation with the man that inspired the song who slowly walks away while Adele comes to terms with a love lost.

Like I wrote previously, the video for "Someone Like You" was directed by Jake Nava who earlier shot videos for Beyonce and Kanye West. Described in a press releases as "minimal and graceful," the music video was shot entirely on location in Paris during the very early morning to provide a visual aesthetic that matches the arresting beauty of the song. "The location evokes style and romance," Nava explains, "and shooting early in the morning allows you to focus on Adele in this lonely and emotional space."

"Someone Like You" has already been certified platinum for sales in excess of one million downloads. Adele's "21" is the biggest selling album of 2011 with over 10 million units sold worldwide. "21" has remained in the top 3 of Billboard’s Top Album charts for 30 weeks since its release on February 22.

Continue reading "[VIDEO] Adele Premieres "Someone Like You" Music Video" » 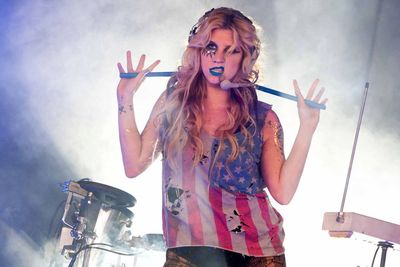 Why Would Networks Not Include Gay Characters?

Cher Lloyd Get Acoustic With "Ur Love"

Teaser: Kelly Rowland "Lay It On Me" Music Video

Ke$ha Rocks Out At Rock In Rio 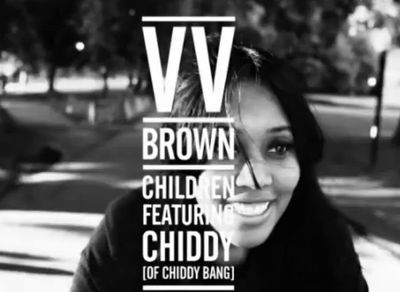 Last week, British singer/songwriter V V Brown finally unleashed her much-anticipated new single "Children." Building from a soothing nursery rhyme to a stirring alt-pop stomper, the song is a powerful call to action that the singer wrote to open people's eyes to a few issues she deeply cares about.

V V Brown explains in a press release, "['Children'] was written about a generation that has uninspiring aspirations and believes material wealth is what happiness is." The song feels particularly topical given the summer riots in her hometown of London. "You have to give people a voice," she says. "Everyone has to be heard, because otherwise they will make themselves heard."

Check out some behind the scenes footage from the recording of "Children" that features Chiddy, a children's choir, and also hitmaker Evan "The Kidd" Bogart who co-wrote "Children" and directing the scene around the 1:14 minute mark.

The official music for "Children" will be airing very soon. Some exclusive V V Brown content is coming your way next week Tuesday right here on ArjanWrites.com. Make sure to look out for that. In the meantime, enjoy this fun "making of" video footage. Watch it after the break. (Download V V Brown's "Children" on Rdio or iTunes.) 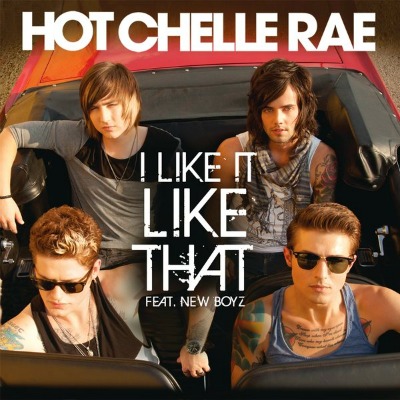 Hot Chelle Rae likes to have a good time and they like to share it with us. Packed with good vibes and uncomplicated fun, Hot Chelle Rae's happy go lucky pop fare brings out the sunshine whether you like it or not. Their music is so darn catchy that it's simply impossible not to tap or hum along to it. I dare you not to.

The Nashville outfit of Ryan Follese, Nash Overstreet, Ian Keaggy and Jamie Follese is currently working on final mixes for their sophomore album set for release November 29 on RCA Records while touring with The Script. Lead singer Ryan Follese says in a press release, "We are stoked to finally be out of the studio and out on the road again. 'Tonight Tonight' has made this summer the best summer we have ever had as a band. We couldn't be more excited to share our hard work with our fans."

He adds, I feel like there is something for everyone on this album including some speeding tickets and noise violations!" Listen to Hot Chelle Rae "I Like It Like That" featuring hip pop duo New Boyz in the player below and grab it on a digital near you on October 4.