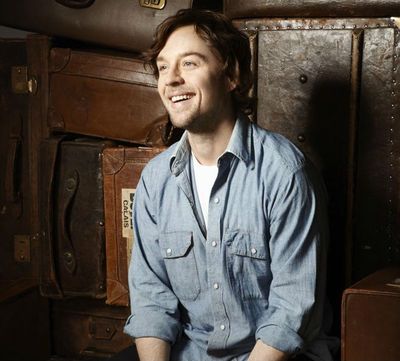 I recently caught up with Darren Hayes via video chat in Sydney, Australia to talk a little bit more about his forthcoming new album that includes his excellent new single, "Talk Talk Talk." After owning the charts with Savage Garden, Hayes is getting ready to rekindle that success and return to the spotlight with a sound that is very now, yet very him. (Stay tuned for that extended video interview.)

After the break up of Savage Garden, Hayes has continued to make great music as a solo artist. The slick pop production of his 2002 solo debut LP "Spin" was followed by the angsty "The Tension & The Spark," which led to his very ambitious double-disc "This Delicate Thing We've Made" in 2007. That record turned out to be an intensely cathartic effort for Hayes that dealt with many of the inner-conflicts that had occupied him for so long.

Now happily married to his long-time partner Richard Cullen and under new management at CAA, Hayes will be releasing his fourth album, titled "Secret Codes And Battleships," this fall.

The splashy first single "Talk Talk Talk" was produced by Carl Falk (Robyn, The Good Natured) and mixed by Rob Orton (Lady Gaga, Erasure). The song reveals a contemporary, poppier sound that should appeal to a wide audience of music lovers with its pop-savvy production, uplifting melody and catchy vocal hooks.

Falke's 8-minute edit is an epic and blistering slice of heartbreak disco with glistening highs and atmospheric lows that is simply sublime. Penguin Prison gives Hayes' original a kicky punch by incorporating his signature indie pop stylings, including hand claps, a bumping bass, flaming guitars and '80s video game synths. Totally fun remake of Hayes' original. Listen to these two plus a bunch of more "Talk Talk Talk" remixes after the break.