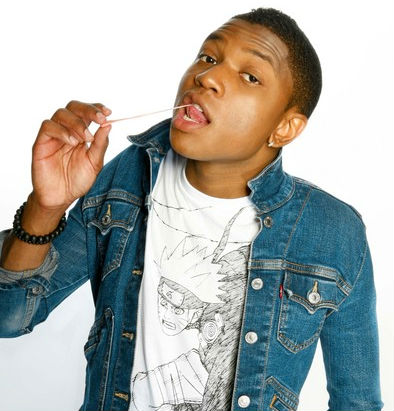 I don't think William Orbit needs much of an introduction for all you pop aficionados out there, but if you insist I'd be happy to list some of his career highlights. Orbit is probably known to most for his work on Madonna's "Ray Of Light," a landmark pop album that helped redefine the superstar's sound and finally brought her the broad, critical-acclaim she had strived for.

Orbit has also worked very closely with the legendary Laurie Mayer, and he has collaborated with people like Beth Orton, All Saints, Sugababes and Robbie Williams on a variety of tracks. What Orbit's variety of achievements all have in common is that they feature his high-grade and foward production work that is one of a kind.

So when Orbit takes an interest in a fresh, new and still unsigned artist it is very much worth paying attention to.

Check out Orbit's production with DJ Teenwolf on Gallant's "Party Girl." Gallant is a fresh new talent who combines his soaring, soulful vocals with a stomping groove on this Orbit/Teenwolf production. This club banger is sure to drive the crowd right into a wild frenzy the moment the beat drops. Guaranteed. Just "back it up full-throttle" and you will fit right in.

But don't let Gallant's happy go lucky club speak fool you. Orbit's production of "Party Girl" is an incredibly impressive and intricate production effort that is crisp, tight and mixed to perfection. And judging from its forward hip hop vibe, it seems it was a bit of departure for Orbit that challenged him in all the right ways. It's a worthy introduction to a fresh new talent that you should take note of. Grab an MP3 of Gallant "Party Girl" (William Orbit Remix) after the break.