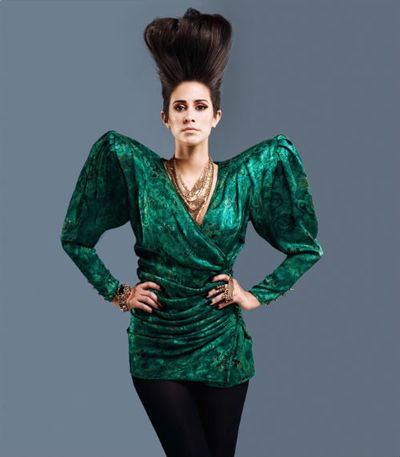 There's nothing stopping Dev. Just look at her. Wow. Fierce and fabulous, the rapidly rising singer is in pole position for success with her new single "In The Dark" that has hit primetime rotation on major radio stations around the country.

And if that wasn't enough, the video for "In The Dark" has received almost 7 million views in less than four weeks time. Those are impressive accomplishments for the Cali singer (and emerging fashion icon) who first hit the scene almost a year ago with "Like A G6" together with Far East Movement.

To add some extra firepower to the promotion of "In The Dark," Universal Republic just released a punchy new version of "In The Dark" that features rapper Flo Rida. Download it totally guilt-free after the break. Look out for Dev's debut LP "The Night The Sun Came Up" in September.