« The Daily Crunch: Natalia Kills, Beyonce, Feist, Nicki Minaj, Drake, Beyonce | Main | [FIRST LISTEN] Erasure "When I Start To (Break It All Down)" (Prod by Frankmusik) » 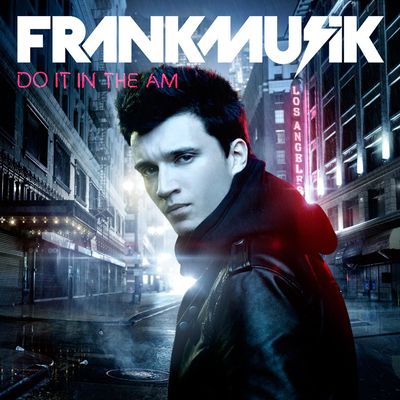 Let's face it. Frankmusik's new LP is one of the most anticipated pop albums of the year. And when there's so much buzz about new music, people will do pretty much anything to get their hands on it. And that's exactly what happend. This weekend, part of Frankmusik's "Do It In The A.M." album was illegally posted on file sharing web sites that caused a stir of excitement among fans.

Frankmusik wasn't as pleased. He took to Twitter to share his frustration about the leak of the album that took him two long years to write, perform and produce. He even hashtagged one of his tweets stating that this may be the last album he will ever release and that he's secretly more excited about the Erasure record he produced. Frank freaked and he had a good reason.

I may be off-key, but I don't think that this album leak is really such a bad thing. First of all, the leak and Frank's Twitter rant is creating a stir of publicity that helps to rally fans and have others pay attention to check out what all the fuss is about. His fans are ultimately Frank's biggest advocates and this leak will urge them to spread the word.

Second of all, it appears that only a portion of the record leaked. And believe me when I say that the entire record will be more than worth the legal download when it is available in its full glory in an iTunes store near you next month. (Preview the album at right here.)

Yes, leaking is an awful and terrible thing. It frustrates the creative process, it spoils the anticipation and it can kill a proper roll out of a record. Plus, and never forget that, leaking is outright theft that is punishable by law.

But with Frank's pop goodness bursting at the seams in a time when pretty much everything is out in the open and up for grabs, it is better to make the best out of a bad situation. So, let's all keep talking, blogging and tweeting about Frank's new music because that will ultimately help him more than it harms.

(And here's a suggestions for the fine folks at his label: Frank should launch a "Do It In A.M." pre-order option on iTunes pronto so we can all link to that when we're discussing "the Frank leak." Until then, download the latest remixes of "Do It In The A.M.")