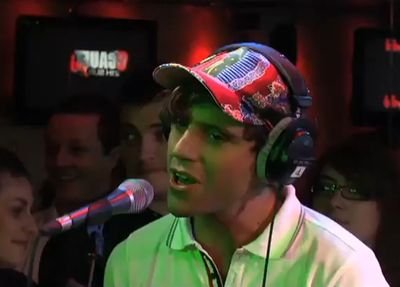 After diligently writing and recording new music over the last few months, pop star Mika is back in the spotlight with some brand-new music. He released his joyous new French-language single "Elle Me Dit" two weeks ago and he has been zig-zagging across Europe to play shows and festivals. And judging from the music, photos and videos that I have seen, Mika is in tip top shape and ready to climb the charts with his fresh new tunes.

Check out a fun performance of "Elle Me Dit" that he recently performed on NRJ, the France's leading hit radio station. I received confirmation from a very reliable source that this track was not written and produced by Martin Solveig. The French DJ did, however, work on music for the singer's new LP. Mika also collaborated with Empire of the Sun's Nick Littlemore and William Orbit. Very exciting collaborators that makes me curious to hear more new Mika tunes soon.