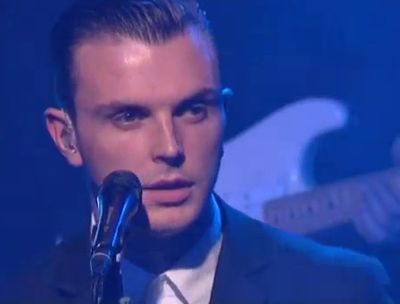 British synth-pop outfit Hurts recently played a brief set at the Dot to Dot Festival, a new concert series that is sponsored by Fred Perry and aims to highlight "the pioneering spirit" and "innovation" of "the next generation of pop trailblazers" in the U.K.

Frequent readers of ArjanWrites.com know that with Hurts, Dot to Dot is right on the money when its comes to spotlighting exciting new British talent. The sleek and stylish pop noir of Hurts is retro in its origin, yet forward thinking in its execution. But most of all, Hurts presents powerful songwriting that is masterfully packaged and has a lasting beauty. Watch the group's performance of "Wonderful Live" after the break.