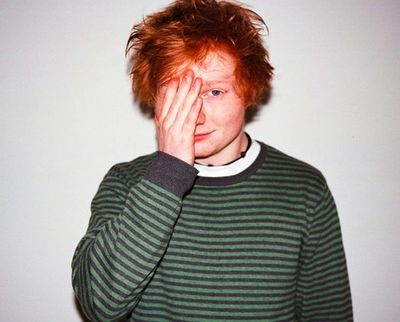 Koan Sound's remix of Ed Sheeran's U.K. hit "The A Team" is a stunning slice of subtle drum and bass pop that puts a whole new, timeless spin on the crooner's original. It's beautifully atmospheric and innovatively crafted. Close your eyes, let the music play and dream away. Highly recommended. Watch an unofficial video for the remix track after the break and grab the MP3 here or here.

The single version of "The A Team" crashed into the spotlight last month when it entered the the British single chart at number 3, which made it the highest selling debut single in 2011. The song gives people a taste for the singer/songwriter's debut record that he's currently putting the final touches on and will be released in September.

Sheeran's music career started at the age of eleven when he met his idol Damian Rice backstage at a gig in Ireland and wrote his very first song the next day. His bio explains that this "led to a summer of recording and shows in London." Ed would later add beat-boxing, rapping and the loop pedal to his repertoire, making him a favorite on the acoustic circuit.

Sheeran moved to London two years later permanently and spent a year gigging, selling albums out of his backpack to get by. He was scooped up by an influential talent agency that helped him get acclaimed support gigs for The Noisettes, Jay Sean, Example, Just Jack and Devlin. More recently, he signed a worldwide distribution deal with Atlantic Records. No U.S. release dates for Sheeran's music have been announced at this time.

Watch the remix video for Koan Sound's very fine remix of "The A Team" after the break and download a free Sheeran EP on his web site. (Thanks Elliott for the heads up.)