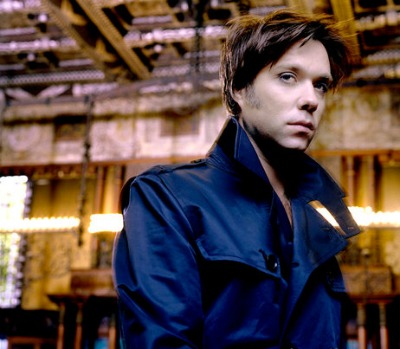 To celebrate his upcoming residency at the Royal Opera House in London and the release of the "House Of Rufus" box set, singer Rufus Wainwright has partnered with Memolane to create an interactive timeline of his career. It's a crowd-sourced, fan-made interactive scrapbook that draws on social network data that is continually updated as new content gets posted.

Fans can scroll back and forth on the timeline, and contribute to the House of Rufus story by adding their own memories from photos and ticket-stubs, to YouTube videos, Last.fm scrobbles and social media updates to become part of the persistent collective memory of Wainwright's' career. Watch it here.

Starting on July 18, Wainwright will embark on a five-night resideny at Royal Opera House in London, which makes him the first solo artist to take up residency at the legendary venue. The singer will also deliver fans more of his lush, theatrical pop with the release of the limited-edition "House Of Rufus" box set that includes all of his 6 albums, 4 discs of previously unreleased music plus 2 DVDs one of which is a full-length recording of his "Rufus Does Judy at Carnegie Hall" performance. The box set can be ordered here.