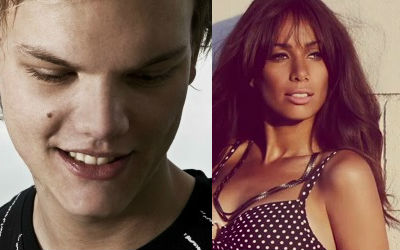 You may remember that I posted new track "Fade Into Darkness" by rising Swedish DJ and producer Avicii a couple of weeks ago that received a massive response and hundreds of Facebook likes from you. That track is a vocal version of Avicii's hit "Penguin" that has been a DJ favorite for months and has been in heavy rotation on dance radio for months.

Leona Lewis' much-lauded new single "Collide" includes a melodic synth riff that appears to be based on Avicii's "Penguin." However, Avicii and his U.K. label Ministry of Sound claim that they were never involved in the making of Lewis' new single.

Ministry of Sound argues in a press statement,  "Ministry of Sound signed Avicii a year ago and have been working on vocal ideas for over 6 months on the track. Pete Tong, Annie Mac, and Scott Mills have been playing 'Penguin' for months now, but this week we've realised Simon Cowell and Leona Lewis have stolen our record. Collide’ is identical to Avicii’s track!"

Avicii took to Twitter last night and shared his disappointment with followers. He writes, "To answer everyone, the first time I heard Leona Lewis Collide was today. I didn’t produce it and neither me or my manager could approve it… I’m just upset for someone taking credit of our idea before I had a chance to release it… And for the time and effort that has been put into this by my manager and label."

Listen to both tracks after the break and decide for yourself.