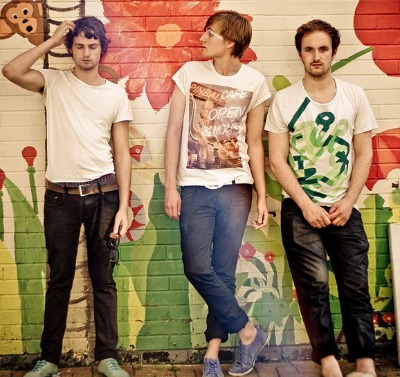 Here's a little crunch for your poppy Sunday. Check out the brand-new "Morning" by British alt-pop trio Polarsets that I first alerted you about earlier this year.

Polarsets is the teaming of Rob Howe (vocals/guitar), Mickey Smith (bass/vocals) and James Rudd (drums/vocals) who first released "Morning" months ago, but are now getting a nice little push with the help of Neon Gold that will be releasing the track early September.

Like I wrote before, Polarsets' clubby sound is heavily influenced by a trip the three Newcastle friends took to Ibiza where they were "thrown into a hazy world of dance beats and observed the power of immersive, communal music." Combine that with their love for Gwen Stefani and The Pixies, and what you get is unorthodox brew of pop that combines glowing synths, vivid melodies and classic indie guitar lines.

"Morning" is an arresting mix of Latin percussion with euphoric dance and, yes, cowbells, which showcases a soundscape epic enough to suggest that their prog days may not have been entirely wasted. With a release in September, it looks like the glowing days of summer may last well into the fall with the help of this little ditty. Listen to it after the break. 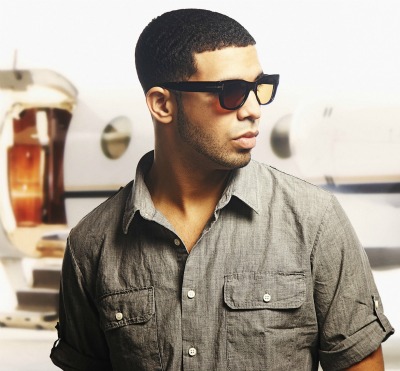 After Drake leaked new track "Marvin's Room" a few weeks ago, the popular Canadian rapper is now sharing the brand-new "Headlines" to give us a little more insight into his state of mind and the musical direction for his forthcoming second album, titled "Take Care," that is scheduled to be released on October 24.

When it comes to mainstream rap and hip hop that is ruling the charts, I think Drake is a different kind of rapper who comes from new generation of MCs. He does not rhyme about life in the streets, ruling the club or living large in a world that's all glitter and gold.

Sure, Drake's got swag but he connects with audiences by rapping about his emotions in an authentic and relatable way. Plus, he's not afraid to show some vulnerability. Drake's first and foremost an accomplished and thoughtful storyteller who wears his heart on his sleeves and candidly opens up about his ambitions, music, relationships and his insecurities with the women he admires.

His excellent full-length debut LP "Thank Me Later" centered around this unique and global brand of hip hop that had listeners captivated with his intense delivery and public soul searching. This new "Headlines" continues that exact direction and on the track the rapper even points to his distinct style and argues that "real is on the rise" adding some emo to his fire.

Set to sparse beats produced by Boi-1da and Noah Shebib, the track neatly emphasizes Drake's intense, yet conversational style that at times is even charming. The rapper talks about the flip side of fame and headlines, and the importance of staying grounded with the help of the right people you surround yourself with.

Drake admits, "I may be too strung out on confidence, overdosed on compliments. Started not to give a f*ck and stop fearing the consequence. I had someone tell me I fell off, ooh, I needed that." He continues "People say that new shit you got is overdue, you better do what you're supposed to do."

"Headlines" proves that when Drake says he's keeping it real he really means it. Listen to "Headlines" after the break. 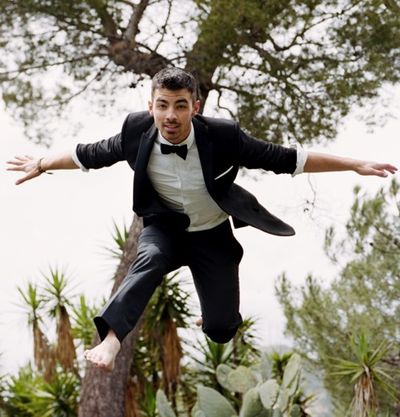 Enrique Iglesias Is On Fire In His “Ayer” Music Video

Ke$ha's Atlanta Concert Halted Due To Fire On Stage

Chris Brown: 'Excited' to Perform at the VMAs

'Glee' Beauty Dianna Agron Vamps It Up in Flaunt Magazine

Who Else Is Ready For 'The Muppets'?

L.A. Rising: Rage Against the Machine Overwhelms The Coliseum 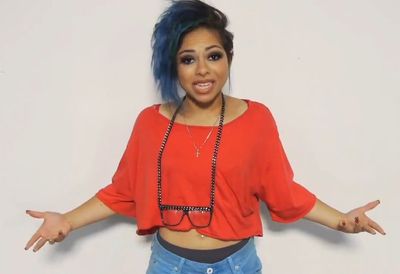 While on the topic of Tinie Tempah, it's a good moment to get to know fresh new artist Mickey Shiloh who recently reinterpreted Tempah's stomping "Pass Out" with some brand-new rhymes.

Daring and on point, Shiloh also covered Adele's worldwide smash "Rolling In The Deep" and gave the timeless gem a glossy new coating. While some of you may argue that this Adele classic should not be messed with, Shiloh gives the original a fresh and youthful make-over with a few new lyrics.

The multi-talented MC and singer has been covering tunes on YouTube to spark more interest in her talent. Shiloh is being mentored by none other than hit producer Rodney "Darkchild" Jerkins. He has worked on chart-topping hits for many artists, including Whitney Houston, Katy Perry and Lady Gaga, and is now helping Shiloh to develop a sound of her own.

It's important to note that Shiloh is not entirely new to the music business. In fact, she's an accomplised writer herself who has co-written songs for Britney Spears ("Don't Keep Me Waiting"), Janet Jackson ("Make Me"), Jennifer Lopez and Ray J.

Now, Shiloh is stepping out into the limelight and testing the waters as a performer. Earlier this week, she released her free "Dear Future" mixtape that shows off her sass and spunk as a female MC. Included on the release is her remake of Tinie Tempah's "Pass Out," plus a handful of electro-edged R&B pop gems that neatly showcase how this emerging artist is slowly but surely finding a voice of her own. Watch her cover of Adele's "Rolling In The Deep" to get a taste for Shiloh. 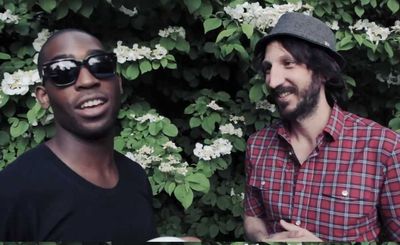 Platinum-selling British superstar Tinie Tempah is rapidly gaining momentum in America with the release of his debut LP "Disc-Overy" and his catchy new single "Till I'm Gone" that features Wiz Khalifa. Tempah has been on the road in the States for the past few months visiting radio shows, play in-store gigs and he even made surprise appearance at a local Rhode Island prom.

In Boston, he caught up with his pal Eric Turner to perform their smash hit "Written In The Stars" at a local festival. Tinie's keeping us posted about his adventures on YouTube with his "Disturbing" video series. Watch out where Tinie is next at DisturbingUSA.com. Check out two recent episodes after the break.