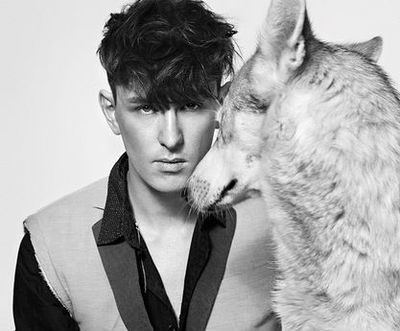 Patrick Wolf will release his very good new single "Time Of My Life" on September 12 on Hideout Recordings/Mercury in Europe. Available in digital format only, this track is the third single taken from the singer's critically-acclaimed fifth studio album "Lupercalia" (following the excellent single "House" and "The City").

It's safe to argue that "Lupercalia" is Wolf's most mainstream-friendly album release to date, fusing an innate sense of songwriting genius with a resoundingly commercial thrust. His joyful songwriting is a sharp departure from the escapist storytelling and extreme characters that marked his previous two LPs, "The Bachelor" and "The Magic Position."

Named after the ancient Roman fertility festival, the record was deeply inspired by the feeling of living in the moment while celebrating life, love and friendship according to a recent interview. His optimistic outlook on "Lupercalia" was partly inspired by his relationship with fiancee William who he will marry in August.

The sweet and tender "Time Of My Life" perfectly captures the overall sentiment on "Lupercalia." Paced by atmospheric, anthemtic strings, it's a joyous tune about moving on and letting go featuring his idiosyncratic vocals and an outstanding happy-go-lucky middle eight that is beautifully composed.

After meeting synth pop duo Hurts at this year's NME Awards, the group asked Wolf if he could share the parts of "Time Of My Life" for them to remix. The result is a darker and epic reinterpretation of the original with a crashing chorus that is simply breathtaking. Highly recommended.