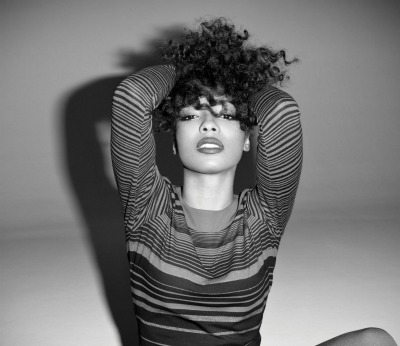 While Wynter Gordon is stirring up a storm with her new single "Till Death," Atlantic/Big Beat is looking forward and spotlighting the track "Still Getting Younger" that may be her next single. Both songs are taken from her new EP "With The Music I Die" and follow the success of last year's single "Dirty Talk."

"Still Getting Younger" is easily one of my favorite tracks of the summer that shows off Gordon's adventurous pop leanings. Instead of going with the tried and proven, the New York singer stepped out left-field and collaborated with none other than Nick Littlemore of Aussie outfit Empire Of The Sun on this tune.

Like a I wrote in my review of her EP,  "Still Getting Younger" combines a bright melody with sweet synth flourishes, packing an inescapable melancholia that is gripping and neatly amplifies her powerful, emotive pop vocals. It's one of the best pop songs I've heard this season - a true gem.

In related news, Gordon has been confirmed as an opener for former Fall Out Boy front man Patrick Stump's first ever US solo tour this summer. Click here to get all the tour dates.