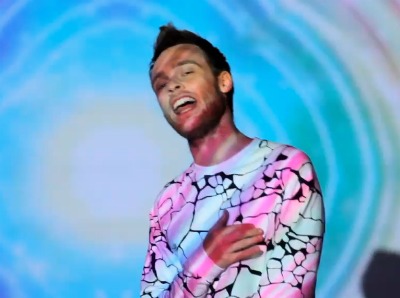 Penguin Prison has been flying under the radar for a while, but this underground alt-pop sensation is about to take off with some brand-new music. Always pop and always cool, Penguin Prison (aka Chris Glover) has slowly but surely built a steady fan base with some early singles, remixes and sold out tours in Europe and North America.

With influences spanning from Wu-Tang to Quincy Jones, this witty pop-pioneer is currently working in the studio on his debut album, recording mostly on analogue equipment, collaborating on tracks with various musicians including Crispin Hunt, Dan Grech-Marguerat and Holy Ghost! Glover recently signed to Downtown Records and will be releasing his much-anticipated debut LP this fall.

After he recently released remixes for his tune "Multi-Millionaire," Glover now introduces us to his brand-new "Fair Warning" that once again demonstrates his uncanny ability to create upbeat, unorthodox pop tunes. The single will be released in the U.K. on August 22.

Watch the video for "Fair Warning" that premieres exclusive right here on ArjanWrites.com. It's a vibrant video with colorful, geometric and cosmic projections that prominently features the singer who fully steps out into the spotlight performing the song. It's a fitting video for a fun new track that neatly puts Glover on the map as an innovative pop artist on the edge of mainstream music. Watch the video after the break.