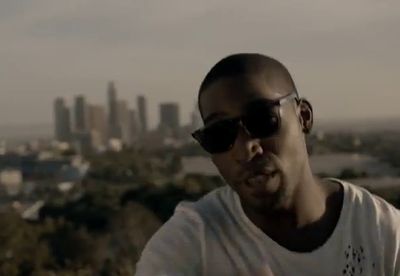 British superstar rapper Tinie Tempah takes us on a trip around the world in the video for his new single "Till I'm Gone" that features Wiz Khalifa. Filmed in sunny Los Angeles, the video transposes images from cities like Amsterdam, Sydney, New York and London to add a visual punchy lyrics about his jet-setting life.

Tinie explains in a video blog that "Till I'm Gone" is a "very personal" track that "relates to his life at this moment in time." The lyrics of the song chronicle his zig-zagging around the world like "Popeye on some spinach." "I basically wrote about the places I've been and some of the experiences I've had. (. . .) I'm coming out in America being the best I can be. I'm going to try to make something big happen here, and hopefully I won't too long before I bring it back home."

Also, note Good Charlotte's Madden brothers who make a cameo in the video at the 2:43 minute mark.

Produced by seasoned hitmakers Stargate (Rihanna, Ne-Yo, Beyonce), "Till I'm Gone" is an accomplished crossover tune that perfectly blends dance, hip hop and pop into one potent package. The track further explores Tempah's inventive and genre-forward sound that is flavored with his distinctly British delivery that is both frank and fun. "Till I'M Gone is taken from the U.S. version of Tempah's debut album "Disc-overy" that is available now. Watch the video after the break.