arjanwrites.com: [VIDEO] Rye Rye featuring Robyn "Never Will Be Mine"

[VIDEO] Rye Rye featuring Robyn "Never Will Be Mine" 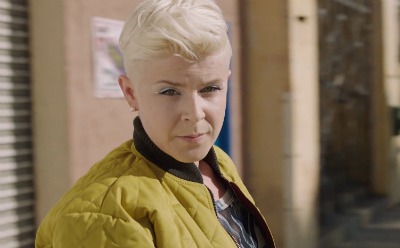 If there's one track that opens the door for Robyn to cross over into the mainstream and getting radio play in the U.S. then it's this remake of her evergreen tune "Be Mine" by Baltimore MC Rye Rye. It took me a moment to get used to this new version, but Rye Rye did a fine job giving the song a punchy new twist while staying true to the emotion that drove Robyn's original track. (Download the song on iTunes)

When I spent some time with Robyn last week, she was excited about this new version of "Be Mine." Robyn is a fan of M.I.A. protege Rye Rye, and she compared "Never Will Be Mine" to the classic vibe of LL Cool J's "I Need Love." Another slow hip hop jam with steady pop sensibilities that has withstood the test of time.

Check out the excellent video for the single that alternately features Robyn and Rye Rye in rotating shots that was filmed in downtown Los Angeles by director Tim Nakashi.

By combining a steady hip hop flavor with a massively talented new MC and Robyn's classic hook, this may just be that breakthrough track that radio stations may pick up on, which will help Robyn to have a mainstream hit that some of her fans have been hoping for. Watch the video after the break.