Single Review: Rye Rye feat. Robyn "Never Will Be Mine" 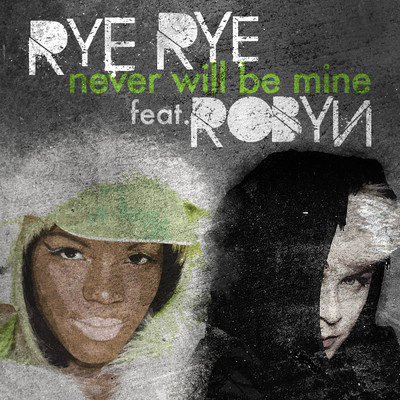 The teaming of Robyn and Rye Rye on a fresh new remake of Robyn's pop classic "Be Mine" is an unlikely pairing that took some time for me to get used to. You should know that "Be Mine" is one of my favorite pop ballads of all time and I cherish it every time it hits the iPod.

Robyn packs the song with an outpouring of emotion in a manner that only she can, delivering her lyrcis with a heartfelt gusto that is truly breathtaking. "Be Mine" is quite frankly one of those songs that people should handle with great care and not toy around with.

While Robyn is featured in the song's chorus, Rye Rye carefully delivers her poignant rhymes that perfectly blend with Robyn's story about love and loss with lines like, "If you're having problems with the one you love and you want to feel his touch, put your hands in the air and let him know that you truly care. You don't wanna do the fight fuss, getting sick of the love pain or the lies and the trust games (...) I love you dearly, did I make that clearly?"

Rye Rye's delivery packs an equally heartfelt message that make it a proper fit for Robyn's timeless original. "Never Will Be Mine" will be included on Rye Rye's forthcoming debut album "Go! Pop! Bang!" that will be released on June 14. (Download)